Death Star Hat Is Most Powerful Hat in the Galaxy 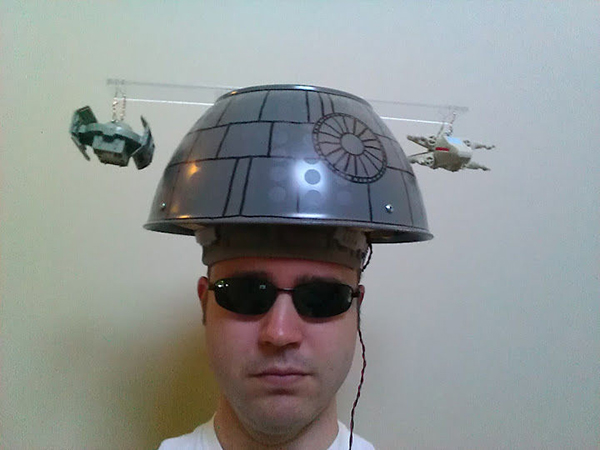 Cheap plastic bowls can be the beginning of countless cool projects, and in this case, a bowl is just waiting to become the Death Star. Instructables user lewisb42 matched the bowl up with a hard hat, some X-wing and TIE Fighter toys, a gear motor, and more items to make an animated Death Star hat. The X-wing and TIE Fighter chase each other around, and it’s a great example of a hat as an entire costume. Here’s how he wired the motor to keep the ships flying:

Even though I’m using a 6V motor, I’m only powering it with a single 1.5V C-cell. Anything more makes the motor run too fast. If you want to get fancy you could use an Arduino or something and control the motor speed with PWM, but this was cheap and easy.
The battery pack has a red (hot) and black (ground) wire coming out of it.
The rocker switch is connected in series with the red wire to give off/on control to the wearer. I was lazy and just electrical-taped the switch to the battery pack (second picture).
The entire length of cable (the red and black wire together) is long enough to run from the motor on top of the bowl down my body into my pocket.
The cable has a Dean’s connector (third picture) near the middle to give a convenient way to disconnect the battery/switch unit from the hat.
It doesn’t matter which wire is soldered to which motor tab. Swapping them simply reverses the motor direction. 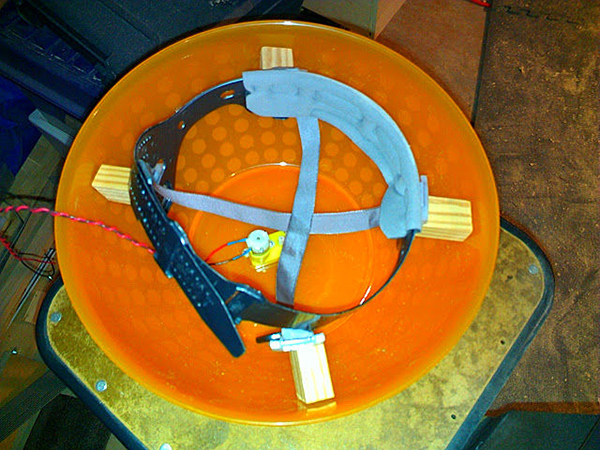