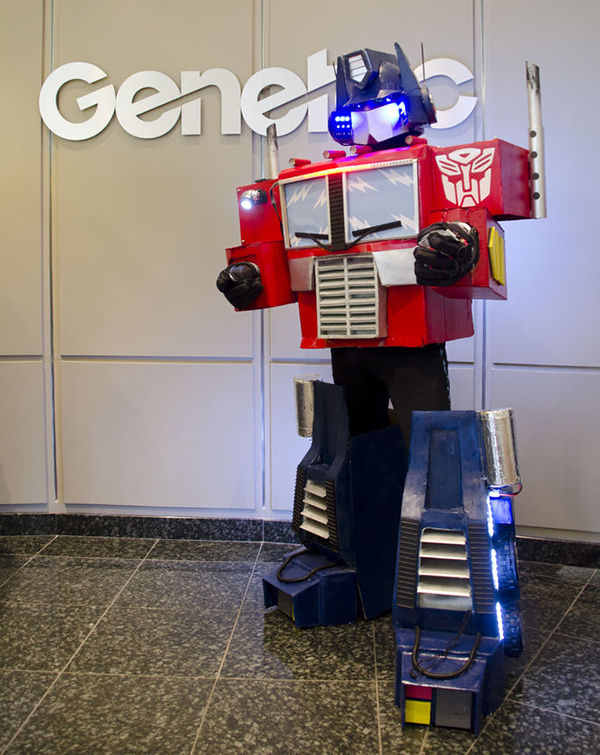 Optimus Prime is awesome as the leader of the Autobots, but even he can be improved with some electronics. Instructables user clearchrome made modifications to an existing Transformers costume and focused on giving Optimus Prime voice. Awesome. He listed these details for the mods:

-Attached and glued a complete sub notebook computer in Prime’s back (LCD screen was already broken)
-Added a Arduino controller board (10$ on ebay)
-Added 5 N/O toggle switches in left hockey glove hand to controls Pre-recorded Mp3 playbacks via an Arduino Nano v3.
-Computer sound passing thru an 200w Amplifier
-Added a hidden dynamic vocoder , this is for live Robot voice, NOTE: This required 12 AC as portable source.
-For the full light effets :
Added a 3 layer blue strips VU meter in mouth piece on both sides connected to 3 Arduino’s digital output pins
(had to add 3 transistors as the power level were too low and 12v was needed )
Red led chasers above windshield (15$ on ebay)
Side legs white leds strip
Side back white leds strip
4 front painted flashlights (1$ each at the dollar store)