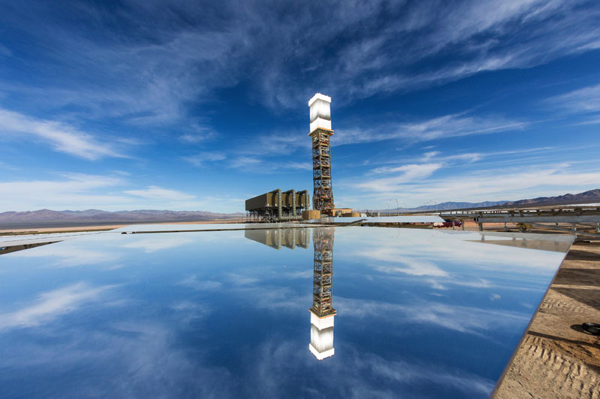 California is facing a big challenge with renewable energy right now due to severe droughts in the area. Via MIT Technology Review.

California’s ambitious goal of getting a third of its electricity from renewable energy sources by 2030 is being tested by its driest year on record, part of a multiyear drought that’s seriously straining water supplies. The state plan relies heavily on solar thermal technology, but this type of solar power also typically consumes huge quantities of water.

The drought is already forcing solar thermal power plant developers to use alternative cooling approaches to reduce water consumption. This will both raise costs and decrease electricity production, especially in the summer months when demand for electricity is high. Several research groups across the country are developing ways to reduce those costs and avoid reductions in power output.

More than a dozen research groups funded by the Electric Power Research Institute and the National Science Foundation are developing ways to avoid the current problems with dry cooling technology. One project uses a conventional evaporative cooling system but captures the water vapor to reuse it. Others are working to improve the efficiency of dry cooling towers so that they can be made smaller and cheaper. A third approach is to use nanoparticles in the cooling fluid to improve its ability to absorb heat. And new designs that improve air circulation could reduce the size and cost of cooling towers.

Filed under: science, solar — by Jessica