PWM Dimming of an LED with Raspberry Pi:

…Krystal wanted to control some servo motors with her Raspberry Pi because she’s on a robotics team that uses the Lego NXT brick as the controller and it easily controls servos.  She wanted to see how easy it is on the Raspberry Pi.  I wouldn’t call it an easy task, but we accomplished the first step in several hours one night.  I am a complete novice to Raspberry Pi, Linux, PWM, python, and object-oriented programming in general, but I do know a thing or two about electronics and breadboards.

First thing, we read that Occidentalis is the way to go for using Pulse Width Modulation (PWM) to control servos directly from the Raspberry Pi without any controller boards connected.  So, as Krystal described in this other blog post on how to install Linux on a memory card, we used Win32DiskImager to install the Occidentalis image onto a 4 Gb memory card.  It went smoothly as soon as we remembered that we need to run Win32DiskImager as the Administrator on the computer (Right-click and “Run as Administrator”).

…[we] started watching a video about using PWM (but not on the RPi because there’s still no simple method to watch YouTube videos on the Pi). We figured that we’d start by dimming an LED before running servo motors…. 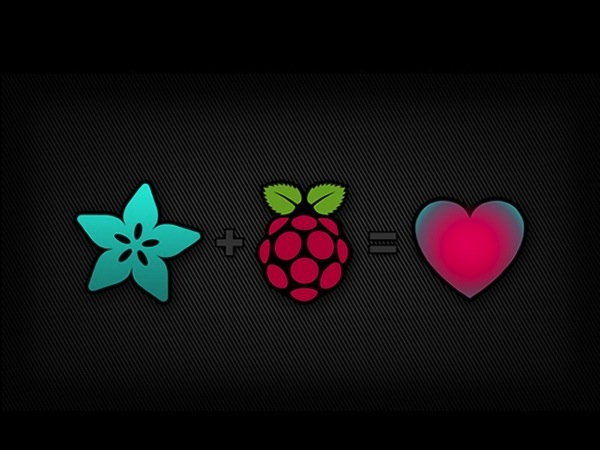 Occidentalis v0.2: Adafruit Raspberry Pi Educational Linux Distro – Adafruit <3 Raspberry Pi – especially how easy it is to hack circuits using the electronics breakout pins! But sadly, the latest official distro “July 15 Raspbian Wheezy” did not have many of the delicious hackables built in. That’s why we decided to roll our own distribution. Our distro is based on “Wheezy” but comes with hardware SPI, I2C, one wire, and WiFi support for our wifi adapters. It also has some things to make overall hacking easier such sshd on startup (with key generation on first boot) and Bonjour (so you can simply ssh raspberrypi.local from any computer on the local network) … (read more)