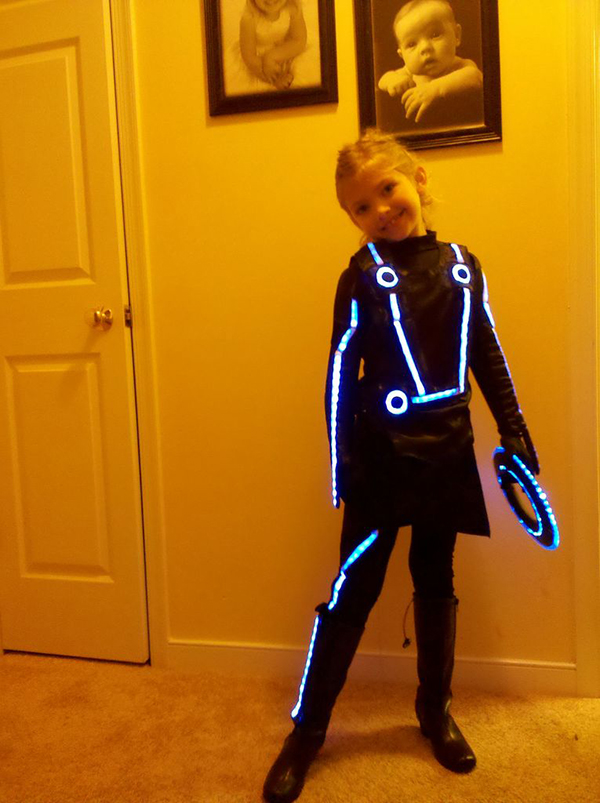 When Tron: Legacy was in theaters, Identity Discs were available everywhere. Instructables user cubeberg purchased one for his seven-year-old from the local big box store, but he was disappointed at the lackluster lighting effects. What does a maker do in this situation? Hack up the toy and improve it. He makes it clear that he’s not an engineer and only has so-so soldering skills; he thinks if he accomplished this, then anyone can do it. He gathered materials including LEDs, separated the disc and gutted it, and this is how he marked the disc for the new LEDs:

In order to make the new disc as movie-accurate as possible, we’re placing 16 leds in the inner ring (convenient since the LED chip we’re using breaks leds into segments of 8). The remaining 48 leds will go on the outer ring.

I found that the inner ring is about 40cm and we need 15 breaks – leaving 2 2/3 cm between each LED. I mostly eyeballed this section, but used a measuring tap used for clothing measurements to make things a little easier. 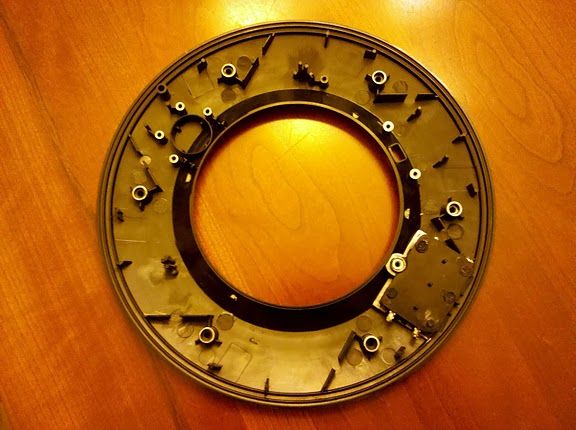