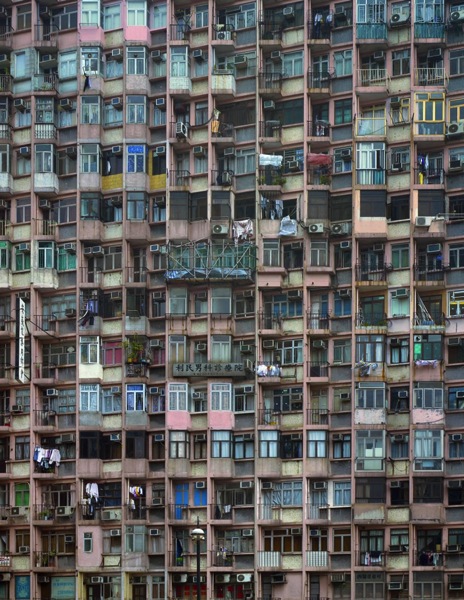 Michael Wolf’s Architecture of Density, in which he examines the size and patterns of Hong Kong’s massive skyscrapers, is on view at Flowers Gallery in London through February 22, from we heart.co.uk.

Land is a finite resource, and there are few places where the pressure is on so acutely than in Hong Kong. Restricted by its island geography, the city’s solution to a rising population has been to build upwards, and Hong Kong now has more skyscrapers over 150m tall than any other city in the world. Michael Wolf has lived there since 1994, and has seen the rapid growth in people and buildings first hand.

Architecture of Density is the photographer’s examination of the city and its buildings, one in which the context is largely removed and the scale is only understandable when viewed in relation to itself. Repeating patterns in the architecture overwhelm, while in others we see evidence of human interaction with their megalithic homes – clothes draped over balconies for example, as ingenuity maximises the potential of every surface. Flowers Gallery on Cork Street, London, is hosting the exhibition until 22 February, and there is a monograph being launched in conjunction with the show, called Hong Kong Trilogy, published by Peperoni Books. 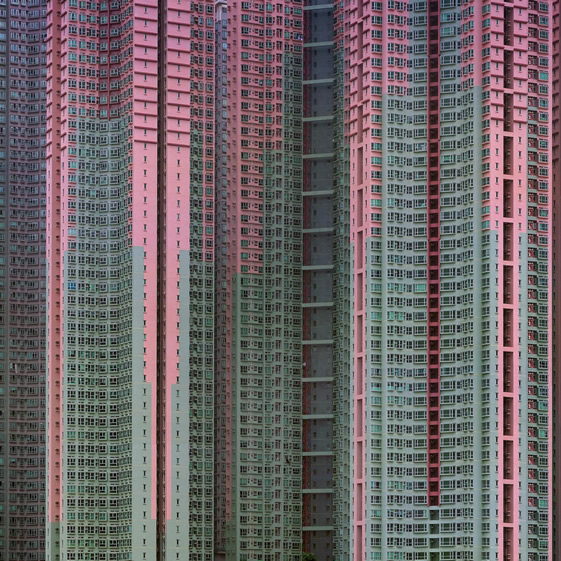 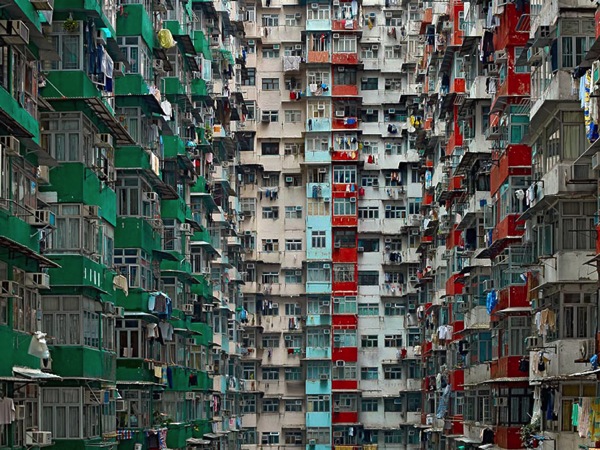 Filed under: design and architecture, photos — by Kelly