Community Corner: Great Projects the Past Week in the Adafruit Community – Feb 14th, 2014

Fantastic customer project by “Teknynja” for driving NeoPixel strips over large distances using CAT5 cable shared on the Adafruit Forums! And check out his blog post for detailed how-to:

While working on an outdoor Christmas project using NeoPixel strips, I ran into a small problem. I wanted to be able to have several groups of pixels many feet apart from each other, but still all synchronized and controlled by the same single controller. I worked out a way to use RS-485 drivers to push the data through CAT5 cable, along with using small, low cost DC/DC converters to distribute the power to the remote strips. I was able to control a full 5 meter roll of NeoPixels through 100 feet of CAT5 using the technique, more than enough for my project.

You can check out all the gory details here.

Thank you to all of you for your excellent blog and forum posts, without which my lurking (and learning) would not be possible!

There are people making amazing things around the world, are you one of them? Join the 74,687 strong! And check out scores of projects they shared this week after the jump!

J.L. Williams shared: “I made this video to show how I juiced up my Epson R-D 1 camera (my all-time favorite camera, except that the battery doesn’t last very long) by adding an Adafruit 354 4400mAh battery and a laser-cut acrylic baseplate.” (read more) 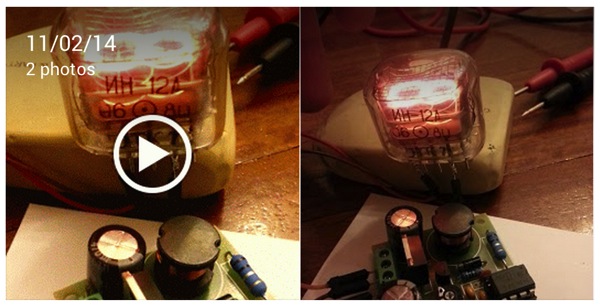 Davide Candiloro shared: “Testing a nixie power supply kit from ebay! After a 20 minute build I see the warm glow of one digit. Now I’m off designing a pcb with high voltage transistors and six nixies. I still haven’t figured out how to do multiplex of those six tubes with my arduino micro. I guess I’ll have to use one of those bin to dec CD40xx chips taking dust in my junk drawer to spare some precious i/o. You can find the kit on ebay by searching Nixie tubes / Magic eye tubes power supply module kit. Its 12$ from Slovakia. Also the tubes are from ebay, I bought mine ages ago, they’re IN-12.” (read more) 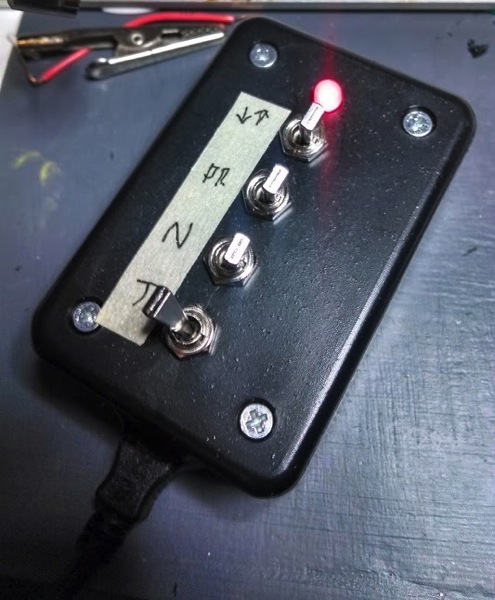 Edward Eigerman shared: “I built this little box to send keyboard signals to headless Macs at start-up. Plug it in to USB and throw the T switch and it will send Ts until you turn it off, which should make your Mac boot in target disk mode. The top switch is a mouse jiggler.” (read more) 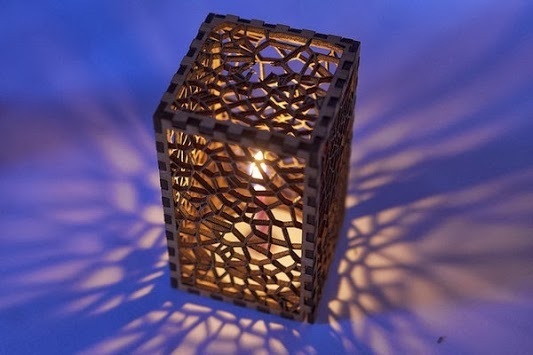 phenoptix shared: “Spotted these beautiful boxes by way of NYC Resistor. They’re Voronoi boxes. I cut one in acrylic today and added some neopixels, need to tweak some more until it it becomes nearly as beautiful as the originals though!” (read more)

Jaidyn Edwards shared: “In this video I thought I would try something different. Rather than showing you a finished product, I thought to take you all the way through the design process. In this instance I go through designing an ‘L’ connector Robject (my modular robotics building system) and at the end, we 3D print it! 3D printing FTW \o/ ” (read more) 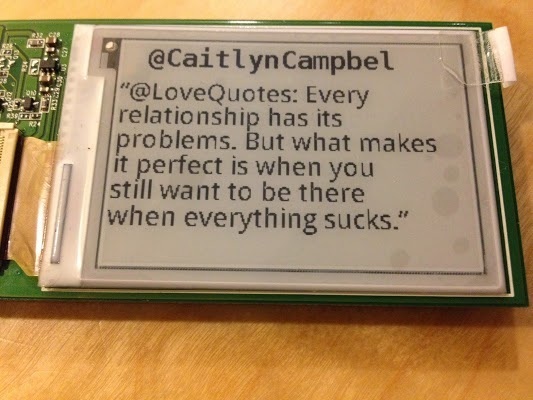 Leslie Birch shared: “Epaper Love: Getting close to finishing my love twitter monitor project. This is the #raspberrypi hooked up to the #epaper display. I hope I get it done in time.”
(read more) 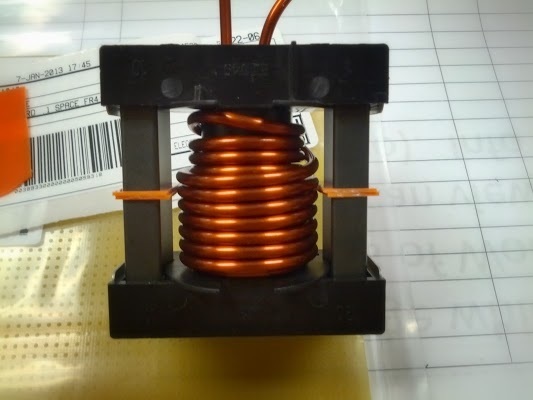 Thomas Amely shared: “My first inductor! I was aiming for 36uH and got 35.9uH … I’ll take that! Pardon the sloppiness the wire is AWG10, not exactly easy on the hands. To be used in a boost converter for a BLDC bicycle motor.” (read more) 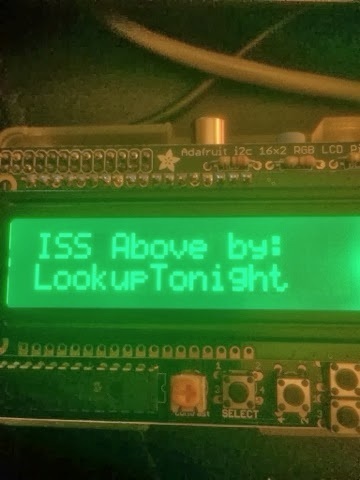 Paul Brown of the blog smstext adventures in geocaching and raspberry pi used project issabove to make a device with his pi that will let him know when the ISS is visible: “The ISS can be visible if it passes us by close to sunset or sunrise. If it’s going to be visible look for the pass type of “visible”. Not all passes are as good as another. If you want to see the space station you will want to find a visible pass where the ISS is predicted to be very bright. Look at the Brightness column- you want the lowest number dislayed there. A good number would be -3 or lower. That would mean the ISS is as bright or brighter than the planet Venus in the sky (which is often the brightest thing in the night time sky other than the full moon).” (read more) 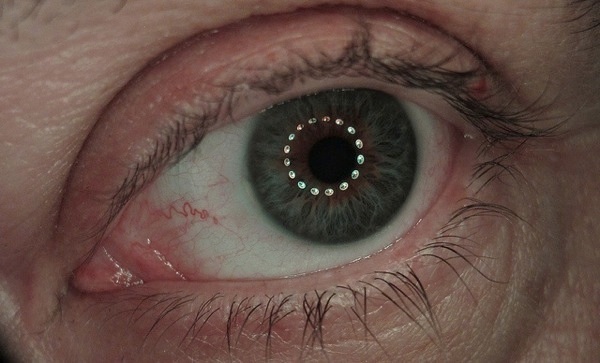 Paperduino 2.0 with Circuit Scribe – Paper Arduino, on Instructables: “What if making an Arduino, or wiring up an Arduino was as easy as printing one out? In this tutorial we printed our own Arduino Pro Mini board using a pen plotter and the Electroninks Circuit Scribe (a rollerball pen with highly conductive ink). Within 15 minutes we printed the board, placed components down with glue or tape, and uploaded a sketch.” (read more) 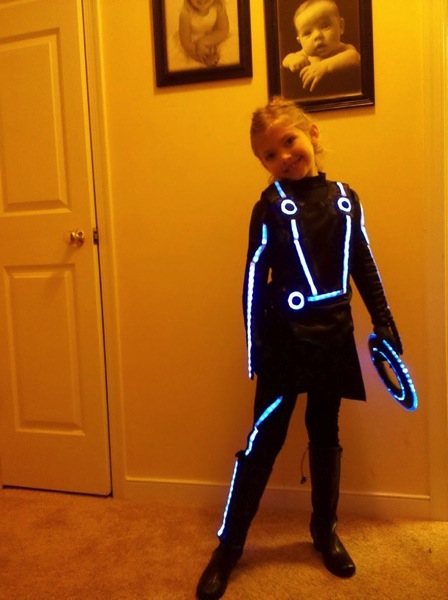 Instructables user cubeberg shared: “In order to make the new disc as movie-accurate as possible, we’re placing 16 leds in the inner ring (convenient since the LED chip we’re using breaks leds into segments of 8). The remaining 48 leds will go on the outer ring. I found that the inner ring is about 40cm and we need 15 breaks – leaving 2 2/3 cm between each LED. I mostly eyeballed this section, but used a measuring tap used for clothing measurements to make things a little easier. The outer ring is much simpler. We need to separate it into 48 segments. There are already 6 posts evenly spaced around the disc. Using your sharpie, make a large mark at each of these posts (6 marks). Then add a large mark in the middle of each post (12 marks). Then make a smaller mark between each of the large marks (24 marks). Then add a smaller mark between all of the marks (48 marks!).” (read more)

In an attempt to liberate fish everywhere, Studio diip developed Fish on Wheels, which is the first fish-controlled vehicle: ““Fish on Wheels” has been developed so fish can steer their tank into a certain direction. Our pet fish have always been limited to their water holding area known as “the fish tank”. In an attempt to liberate fish all over the world, the first self driving car for fish has been developed. This car moves by detecting the fish’s position with computer vision. Up until now driving vehicles has been limited to mankind only (excluding a handful of autonomous vehicles driven by computers), but now your pet fish can also put the pedal to the metal….” (read more) 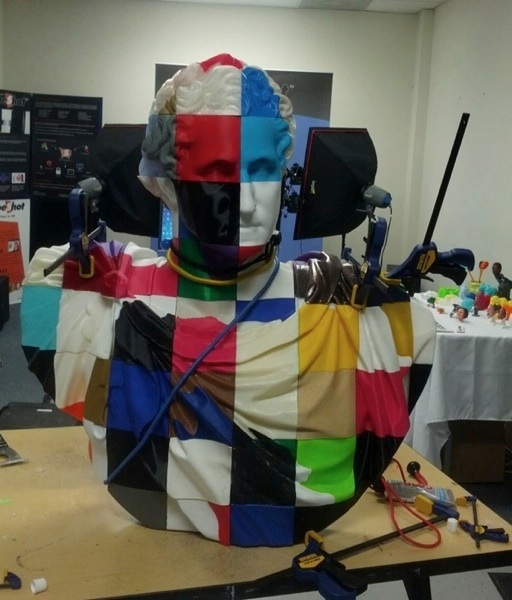 Thanks to an elite crowd of 3D printing community participants (including many from the Adafruit community!), the George Crowdsourcington Bust was completed and delivered in time for the New York 3D Print Show, where it will be on view at the entrance to the show for the duration of the event. (read more)

Comments Off on Community Corner: Great Projects the Past Week in the Adafruit Community – Feb 14th, 2014