#3DxNature – Where Flaws in Biomimicry Strategies Can In-Effect Succeed: “The Termite and the Architect” #3DThursday #3DPrinting 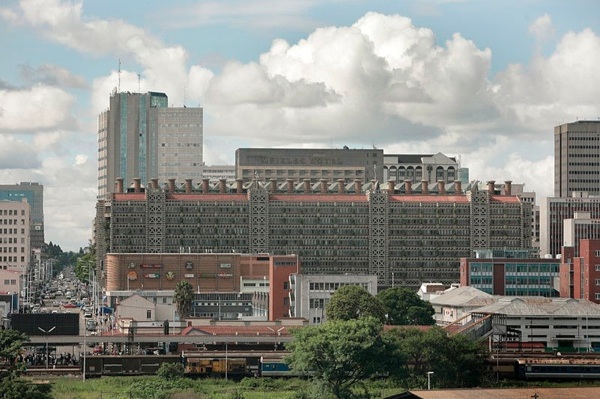 The Eastgate Centre in Harare, Zimbabwe with its unique passive cooling system developed by architect Mick Pearce is a classic case celebrated by advocates of biomimicry, but further investigations of the way the building functions have revealed that while the strategy worked in effect, the metaphors used by Pearce and others as they attempted to draw inspiration from local termite mounds proved to be wrong.

“The Termite and the Architect” shared in Nautilus.

…Pondering the problem, Pearce found inspiration in the termite mounds that dotted the savannas across his country. The largest mounds could reach several meters in height, dwarfing the legions of termites who built them just as a modern skyscraper towers over an individual construction worker. Each funneled air underground through networks of channels into a spherical nest that housed termites by the millions, and even larger numbers of fungi and bacteria. In all, a typical nest contained about a small cow’s worth of hot, breathing biomass. Based on the ideas of the Swiss entomologist Martin Lüscher, many researchers believed the mounds acted as air conditioners, maintaining a nest’s pleasant temperature, humidity, and oxygenation by continuously exchanging hot air rising from deep inside a colony with cooler drafts diffusing down from the surface. According to Lüscher, the mounds’ towering height allowed the “hot breath” of the colony’s biomass to drive this convective exchange. Lüscher’s theory came to prominence in 1961, reaching a wide audience through an article in Scientific American.

Imagining the mounds as air conditioners, Pearce drew up plans for a masonry-insulated building of large, open spaces shot through with elaborate ductwork and clusters of tall heat-exchanging chimneys. The ducts would channel air through the building, while the chimneys would siphon heat from the bustling occupants and machinery during the day, venting it up and out to cool the building after dark. To get the design and engineering just right, Pearce ultimately became a bit like a termite himself, descending from his lofty architect’s perch to personally labor at the construction site, helping to cast and install some of the masonry blocks with his own two hands. The Eastgate Centre debuted in 1996, achieving world renown for its pioneering “biomimetic” design that regulated its temperature at a fraction of the cost and energy of conventional buildings of comparable size.

There was just one problem. While the Eastgate Centre did work as planned, the mounds on which it was based functioned in an entirely different manner. Around the same time that the Eastgate Centre opened its doors, the American scientist Scott Turner was using propane pumps and arrays of tiny electronic sensors to painstakingly measure gas exchange throughout nearly 50 South African termite mounds. He found that the mounds didn’t regulate temperature so much as push oxygen and carbon dioxide into and out of the nest. This mixing of air was powered not by the colony’s internal heat but by external air pressure: The termites built their mounds tall to catch the wind, not to promote convection. A mound’s porous, permeable outer surface allowed air to suffuse into and through the colony, rather like the alveoli in a human lung. The mounds weren’t crude air conditioners so much as a wildly complicated external respiratory system.

Though it was partially inspired by a flawed understanding of termite mounds, Pearce’s biomimetic design for Eastgate Centre had ironically worked so well because it unintentionally mimicked the termites’ true temperature-regulating solution, which was the mound’s permeable outer surface paired with the simple thermal capacity of surrounding soil. In addition to its duct-laced atriums and soaring chimneys, the building relied on massive foundational concrete slabs as heat sinks to store thermal energy during warmer daylight hours before releasing it during the cooler nights. “Eastgate Centre succeeded because Pearce was a very good architect rather than a crude imitator of nature,” Turner says. “And being so, he managed to converge on a lot of the same functionality the mounds actually have. It’s really pretty remarkable.” … 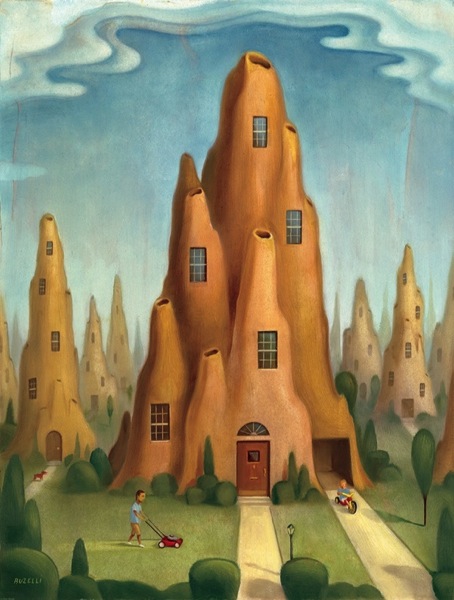 Comments Off on #3DxNature – Where Flaws in Biomimicry Strategies Can In-Effect Succeed: “The Termite and the Architect” #3DThursday #3DPrinting