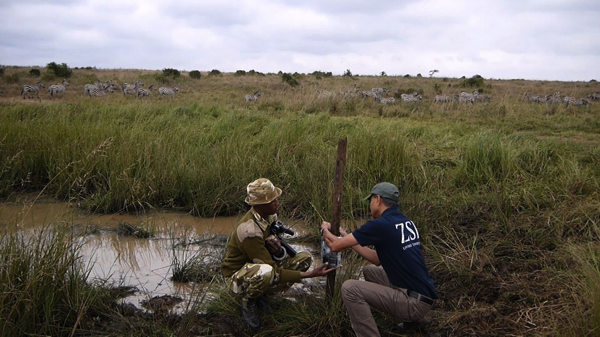 Raspberry Pi computers are being used as cameras in remote areas of the Tsavo National Park in Kenya in an effort to monitor the well-being of endangered rhinos against poachers. via Tech Week:

The system will provide early warning of illegal poaching activity, as well as evidence for prosecution, say its creators, Kenya Wildlife Service (KWS), Cambridge Consultants and the Zoological Society of London (ZSL).

“This technology will enable us to make a significant breakthrough in our day-to-day work with endangered species,” said Patrick Omondi, deputy director of wildlife conservation at KWS. “We manage around eight per cent of the total land mass of Kenya – and these cameras will be critical in helping us monitor the wellbeing of rare animals and ensure their habitats remain protected from poachers.”

The cameras are controlled by a Raspberry Pi micro-computer, and operate on a single battery, using LED flash lighting so they can capture images at night as well as during the day. The captured images are sent back over the Iridium satellite communication network – 66 low earth orbit satellites that represent the only commercial satellite system with full coverage of the globe.

“One of our aims is to stop the killing of animals on a daily basis by poachers,” said Professor Jonathan Baillie, director of conservation programmes at ZSL. “In the last 18 months alone, more than 1,000 rhinos in Africa have been killed as a result of soaring demand for rhino horn products. We need to stop the poachers now before it’s too late.