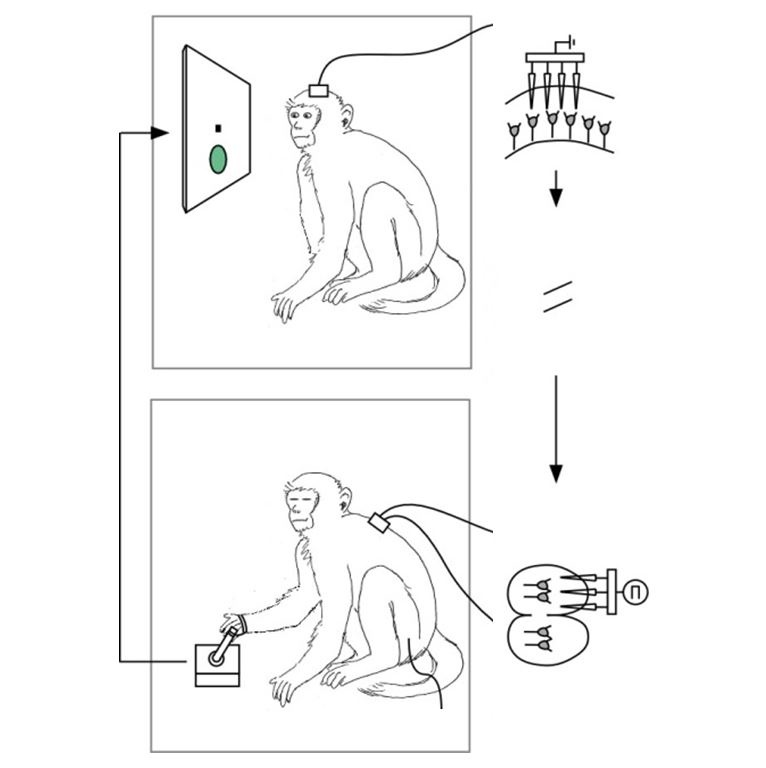 In a rather unsettling sounding experiment, scientists have managed to create a brain implant which allows one monkey to control the body of another monkey using thought alone. Working under the study author Ziv Williams, a neuroscientist and neurosurgeon at Massachusetts General Hospital of Harvard Medical School in Boston, the researchers developed a brain to spinal cord prosthesis that connected the two monkeys in an “Avatar” inspired setup. From LiveScience:

The avatar monkey was sedated so that he had no control over his own body. Computers decoded the brain activity of the master monkey and relayed those signals to the spinal cord and muscles of the avatar monkey. This allowed the master to control the cursor by moving the hand of the avatar. The master received a reward of juice if he successfully moved the cursor onto a target.

While this may sound chilling, the scientists have emphasized that their goals are to help develop treatment for patients with spinal cord injuries and paralysis. Currently, brain to machine interfaces exist that have allowed patients to control computer screens or mechanical limbs, but the hope is that patients will one day be able to regain control of their own limbs.

“the hope is to create a functional bypass for the damaged spinal cord or brainstem so that patients can control their own bodies,” Williams told Live Science.

“We envision putting a microchip into the brain to record the activity behind the intent for movement and putting another microchip in the spinal cord below the site of injury to stimulate limb movements, and then connecting the microchips,” Williams said.

Comments Off on Brain Implant Lets One Monkey Control Another, Offers Potential Cure for Paralysis