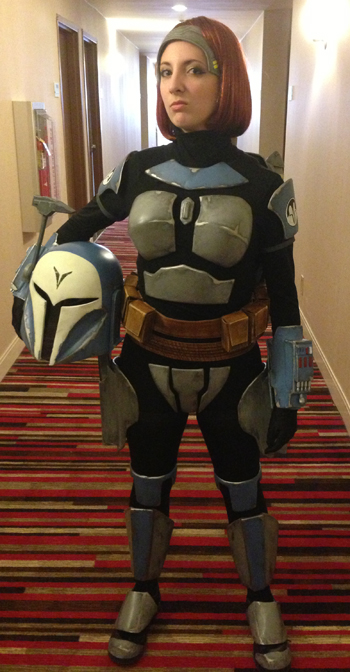 Bo-Katan appeared in the animated series Star Wars: The Clone Wars, and she was one of the first female characters – if not the first – to appear on screen in armor. Mockingbird over at The Dented Helmet forums always wanted to portray a Star Wars character wearing armor, so it was a no-brainer for her to make Bo-Katan’s ensemble. Though she started with a pre-made kit, she had to re-make many of the armor pieces to fit her size. She used Worbla for the job, and here’s how she made the holsters:

In the first picture I’d already made a craft foam base and used a heat gun to get the Worbla to its activation temperature, shaping it around the foam and then placing it on my actual thigh to get a closer, more accurate fit. I then made a holster out of comic book backing board and shaped more Worbla around it before placing it on the thigh plate (Worbla will adhere to itself when heated). Once both holsters were made I used spackling to fill in the edges where they connect to the plate, but forgot to take a photo. The third picture shows post-spackling, and with the first couple of coats of gesso applied. Worbla has a slightly rough texture to it, so applying a few layers of gesso and then sanding it down gives it a much smoother surface. Fourth picture is after priming, and last picture is complete (minus the belts)! 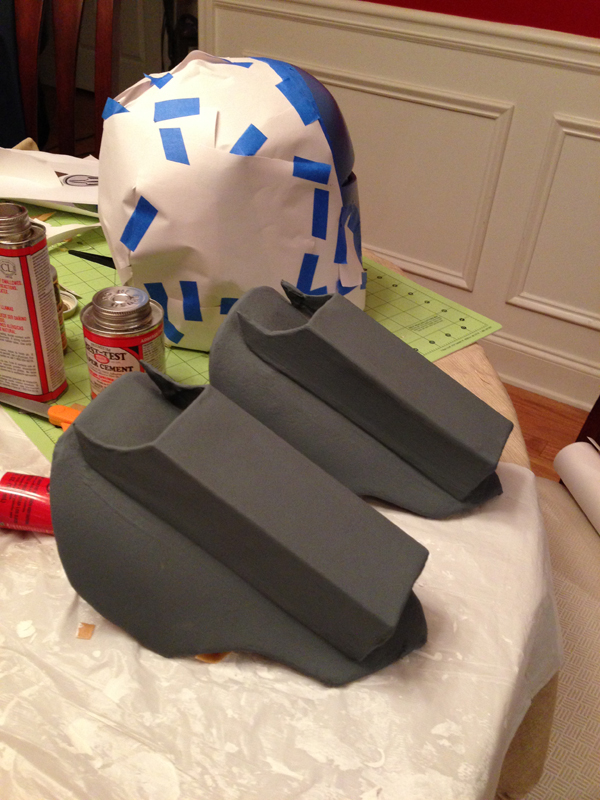 Read more at The Dented Helmet.

Comments Off on Awesome Bo-Katan Costume