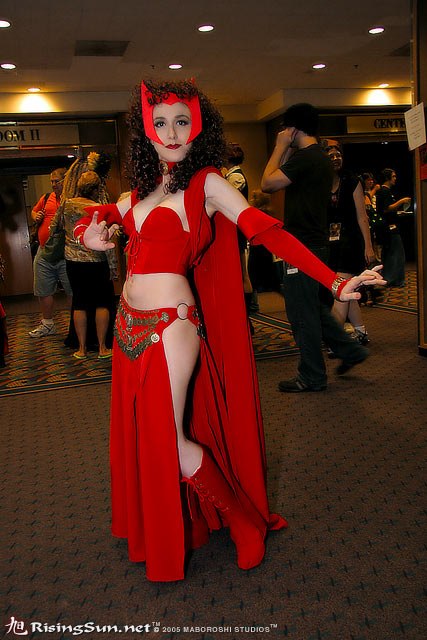 Besides being amazed by the resourcefulness and maker skills cosplayers possess, I’m often impressed with how helpful they are. Many people who make and create are willing to pass on knowledge or answer a question, and cosplayer Sarcasm-hime (featured on Adafruit here) does so through several tutorials on her website. She’s created several costumes ranging from the Scarlet Witch to Arwen to Death and learned all kinds of skills along the way. It’s easy to lose track of time while browsing her site to look and costumes and her tips and tricks.

We talked with Sarcasm-hime about what inspired her to cosplay, why it’s important for her to share knowledge, and more.

Adafruit: You have a dazzling array of costumes. How long have you been cosplaying and what inspired you to start?

Sarcasm-hime: I’ve been cosplaying since 1999; I was interested in sewing and costuming before that but I didn’t find out about fandom and cons until ’97, at which point my head exploded in a “HOW DID I NOT KNOW ABOUT THIS MAGICAL THING” kind of way and I never looked back. Having an excuse to make fancy things and play dress-up multiple times a year (while hanging out with other nerds in fancy clothes) is pretty much my idea of heaven.

I started for the same reasons that most cosplayers do – it’s fun to dress up as your favourite characters. That said, there’s a saying “There are two kinds of cosplayers – anime fans who like to wear costumes, and costumers who like anime.” I’m definitely one of the latter, as for me a huge part of the appeal for cosplay is the creative process, the problem-solving, learning new things and the feeling of accomplishment at completing something difficult/time-consuming. 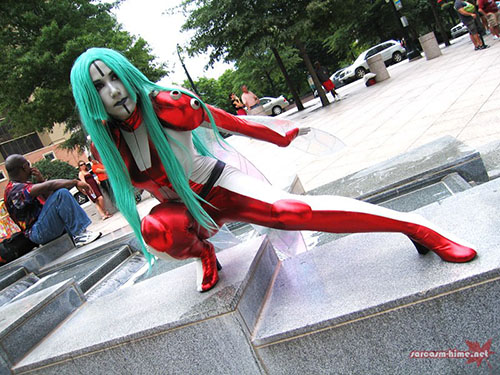 Adafruit: I noticed your site contains a section with several tutorials. How-tos take time to create; why is it important for you to share your knowledge with other cosplayers?

Sarcasm-hime: When I started cosplaying there weren’t a lot of tutorials available. These days you can find a tutorial for pretty much anything quite easily, but back before YouTube it was really hard to find any resources or helpful instructions for cosplay. Others helped me out when I was first starting, and I felt it was really important to ‘pay it forward’ and share what I learned with others. My tutorials are pretty basic compared to a lot of the stuff out there now, but I still do get emails from time to time thanking me for them, which gives me massive warm fuzzies. 🙂

This is one reason I love Costume-Con so much; it’s a con devoted entirely to sharing costuming techniques, and it’s full of costume nerds like me who love to ogle each other’s crazy obsessive details. There’s always something new to learn. 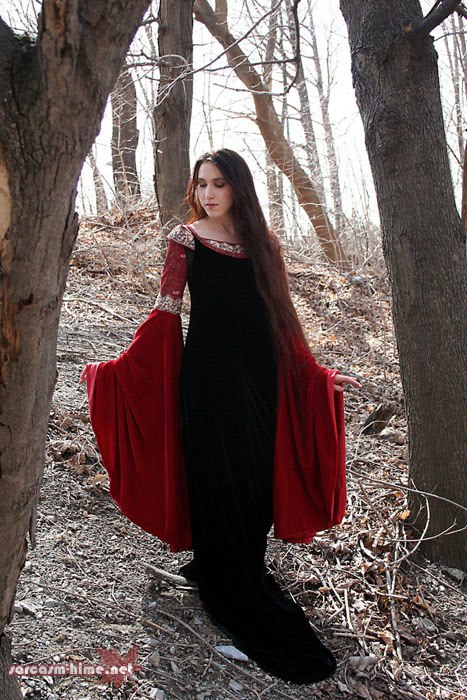 Adafruit: What new skills have you acquired over the years of cosplaying?

Sarcasm-hime: I’ve learned a lot, mostly by trial and error (see above comment about lack of tutorials). I knew basic sewing when I started, but since then I’ve learned draping, embroidery, beading, woodworking, prosthetic makeup, corsetry, metal casting, mascot construction, wig styling and (very) basic electronics, among others. For me half the fun of cosplaying is figuring out how to bring a 2-D design to life, so I try to always choose something that will challenge me in some way.

Sadly, one of the skills I still haven’t acquired is the ability to come up with a really funny and/or awesome skit. I decide to make a costume because it looks awesome and/or I relish the challenge of making it, and then at some point a week or two before the con I have to come up with something to do onstage, which usually ends up being ‘swan about the stage showing off my pretty dress’. Fortunately I have awesome friends to help out with the skit ideas.

Adafruit: Which costume so far has presented the biggest challenge and why?

Sarcasm-hime: That would probably be a costume that I’m still working on now – Garuda from Final Fantasy XI. I chose the design because it involves techniques that I haven’t used before (making giant wings with a harness, digitigrade legs), and has proven to be quite daunting. I’m hoping to get it done sometime this summer.

Besides that, though, it would probably be Moondragon; I hadn’t worked with Worbla or electronics before, and the method I came up with for attaching the wings and the spine turned out to be trickier than anticipated. For most of my costumes I plan out early how I’m going to do pretty much everything; it just often involves months of fiddly detail work (if that counts as a challenge?). 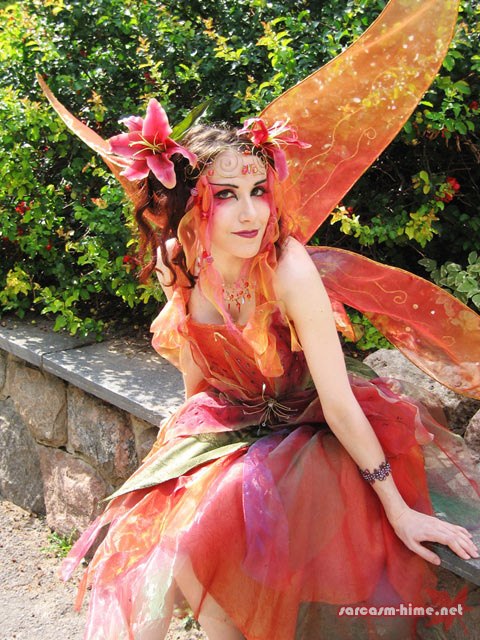 Adafruit: What advice would you offer to people who want to try cosplaying for the first time?

Sarcasm-hime: Firstly, choose a costume that’s going to make you happy; ideally happy making it and happy wearing it.

Secondly, when starting out I advise choosing a design that fits your skills. Evaluate what you think you can manage and how much time you have, and then pick something that is feasible. Don’t bite off too much right at the start, especially before you have a sense for how long it will take you to make things. Rushing to finish costumes while AT the con and not getting any sleep sucks and is no fun. I’ve done it too many times and swore never again!

There are tons of tutorials out there now, so search for tips and instructions. That said, a big part of the fun of cosplay is problem-solving. If you can’t find a tutorial that matches exactly what you’re aiming to do, experiment!

I have more advice on my site.

Visit Sarcasm-hime’s website and her Facebook page to see her costumes, works-in-progress, and to check out her helpful tutorials!

Comments Off on Cosplay Interview with Sarcasm-hime