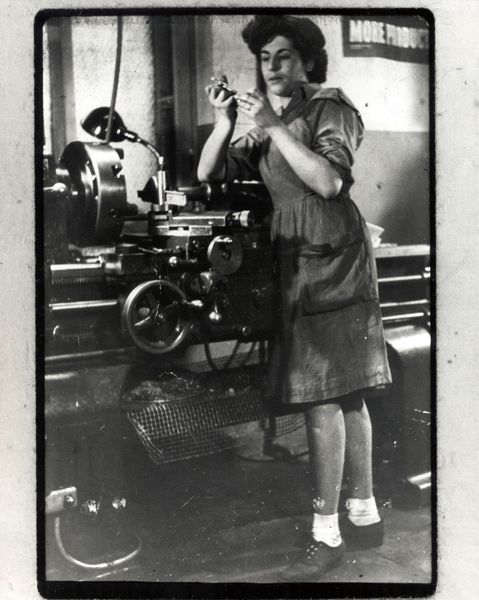 Themla Estrin was a great role model for all women in STEM fields. Her obituary in the LA Times reflects all the wonderful contributions that she made to biomedical engineering, computer science, and more.

February 21, 1924 – February 15, 2014 Dr. Thelma Estrin, a trailblazer in bio-medical engineering and a role model for all women in science, UCLA Professor Emerita, and a loving wife, mother, and grandmother, died on Saturday February 15th in her home in Santa Monica, California at the age of 89. Thelma Austern was born in New York City, where she met and married her beloved Gerald (Jerry) Estrin, Ph.D. in 1941. They had been married for 70 years when Jerry passed away in March, 2012. After training as an engineering assistant at the Stevens Institute of Technology and working at Radio Receptor Company during WWII, Thelma studied electrical engineering at the University of Wisconsin where she earned her B.S, M.S. and Ph.D. degrees in 1948, 1949 and 1951. She held a research position in the Electroencephalography Department of the Columbia Presbyterian Hospital in New York, thus beginning her career in bio-medical engineering. In 1954, Thelma and Jerry traveled to the Weizmann Institute of Science in Israel, where they worked on the development of WEIZAC, the first large-scale electronic computer outside of the United States or Western Europe. In 1955, they returned to Los Angeles and in 1961 Thelma inaugurated the UCLA Brain Research Institute’s Data Processing Laboratory – one of the first interdisciplinary laboratories dedicated to creating and applying computing to neurological research. She served as director of the laboratory from 1970 until 1980 when she became a full professor at UCLA’s School of Engineering and Applied Science. In the late 1970’s, Thelma was the first woman to join the board of trustees of the Aerospace Corporation. She took a two-year leave from UCLA in 1982 to serve as the director of the National Science Foundation’s division of Electrical, Computing and System Engineering. She also served as director of UCLA’s Engineering Science Extension. In 1991, Thelma retired and became a Professor Emerita. Thelma was a Fellow of the IEEE, the Society of Women Engineers, the American Academy of Arts and Sciences, a founding Fellow of the American Institute for Medical and Biological Engineering, and a recipient of numerous awards including the Pioneer in Computing Award from the Grace Hopper Conference for Women in Computing and induction into the WITI hall of fame. She loved to travel and was happiest when engaged in interesting conversation with Jerry, other family members and friends. Throughout her career and into retirement, she was actively involved in promoting women’s careers in engineering and science and served as a role model for girls and women throughout the world. She will always be remembered for her passion, directness, and drive to challenge the status quo. Thelma is survived and will be greatly missed by her three daughters, Margo (Marnin), Judy, and Deborah (Ache), four grandchildren, Rachel, Joshua, Leah, and David, as well as an extended family of colleagues and friends.

Comments Off on Remembering Themla Estrin, trailblazer in biomedical engineering