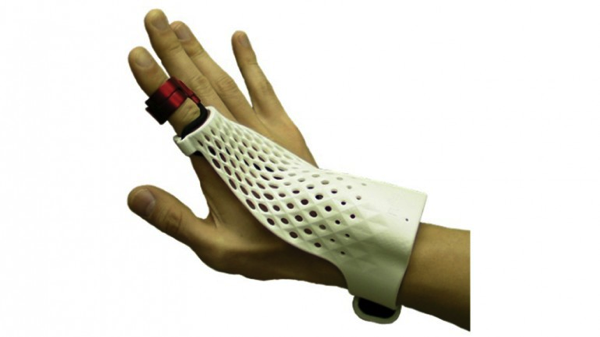 Fujitsu has developed this glove that can be used to control a head-mounted display. Via gizmag.

There is an increasing amount of wearable technology being used in the workplace due to the benefits it can provide and the ease with which it can be integrated into existing working practices. With this in mind, Fujitsu has announced a glove-style device for workplace use that provides touch and gesture-based functionality for site operations.

Recognizing that smartphones and tablets are not necessarily suitable for some hands-on situations, the glove has been developed to allow users to keep both hands available while avoiding the possibility of other devices getting damaged or dirty.

The device has a contact sensor on the finger, and near field communication (NFC) tag reader allows users to touch the NFC tag of an object with which they are working in order to digitally identify it, with inventory control or the display of relevant information being possible applications.

The device is able to recognize gestures thanks to a gyro sensor and an accelerometer, including up, down, left, right, rotate left and rotate right, which Fujitsu suggests could be used to control a head-mounted display. Users might, for example, be able to scroll through an instruction manual shown on a screen while keeping both hands relatively free for use elsewhere.

“This glove device could be used to develop a solution that allows for an operator to tap on the object being worked on to display work orders, and to input task outcomes with simple gestures, increasing efficiency in the field and cutting down on errors and oversights,” says Fujitsu.

The device has a battery life of nine hours, which means it will last for a standard workday. Energy use is kept to a minimum by the NFC reader being put into standby mode when it is not in use. 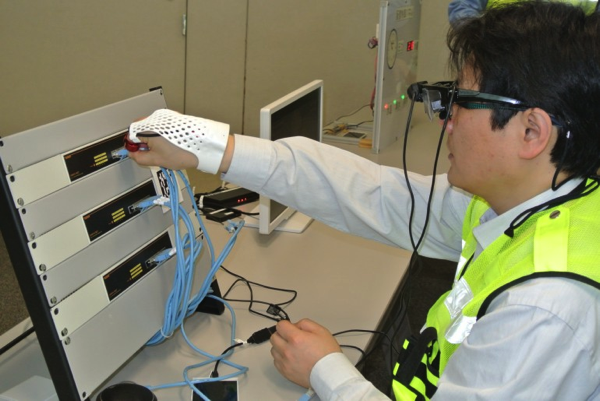