Code.org, an educational non-profit from Seattle that focuses on STEM initiatives, released a tutorial on how to build your own Flappy Bird game. From geekwire:

“We already know that the chance to ‘make an app’ is something people aspire to, but they think it’s out of reach,” Partovi said. “We want to give kids something that lets them express a degree of creativeness.”

The Flappy Bird tutorial allows users make their own Flappy characters and write their own rules — for example, the “bird” can turn into a shark, Santa Claus or Superman, and can dodge lasers or turn into turkey roast after being zapped.

“There are endless possibilities and kids can try them and realize the creativity involved in computer science within just 20 minutes,” Partovi said.
Code.org, which was founded exactly one year ago, today celebrated the fact that more than 27 million people in 34 languages across 170 countries have written one billion lines of code with the Hour of Code tutorials and follow-up course, both of which were launched in December.
Partovi said he’s pleasantly surprised with that statistic.

Code.org plans to expand its online curriculum offerings to all grade levels from K-12. It also wants to continue pushing computer science into schools around the country, partner with more school districts and encourage legislators to change state policies to recognize computer science as a core academic offering. The organization already powers online courses for 700,000 students in 13,000 classrooms. 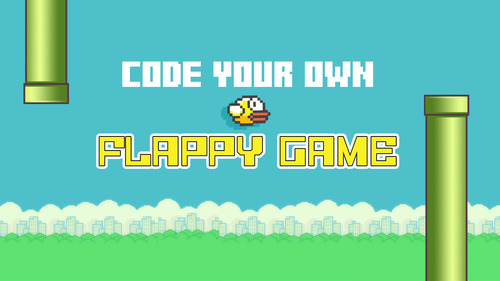 Comments Off on Code.org lets kids develop their own Flappy Bird game