Community Corner: Great Projects the Past Week in the Adafruit Community – Feb 28th, 2014 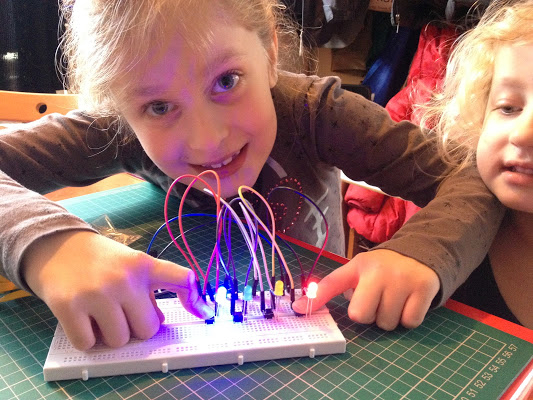 The joy of building a circuit

I was doing some electronics and my 7 year old started playing with the breadboard and components. She wasn’t happy that it didn’t light up to I explained a bit about electronics and did a switch LED circuit with her. We wired up a few together.

Then she asked me to take it all apart so she could do it herself.
I had to step out for a while. When I came back she had not only done the circuit with the red, yellow and green LEDs but also added a blue LED as well.

We did a little bit of troubleshooting of the circuit and it worked great. She was delighted. Who says electronics and engineering are for boys. ﻿

There are people making amazing things around the world, are you one of them? Join the 75,773 strong! And check out scores of projects they shared this week after the jump!

Aleksandar Kodzhabashev shared: “Here’s a robot I made with Android phone brain communicating with Arduino that drives a Pololu Zumo Shield. There’s a remote control server as well. Everything is open sourced here and you’re welcome to use it as you wish. How to build the hardware. Get the software running.” (read more) 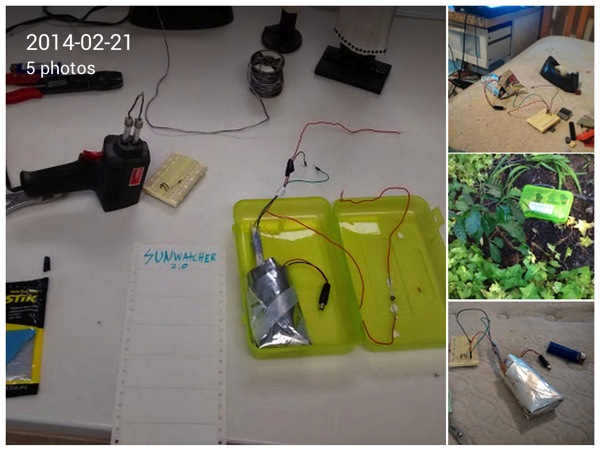 chris frost shared: “Well hello world, id like to introduce you to SunWatcher! A stupid-simple arduino project i wanted to make..why..? Cause my coffee plant has very specific light requirements, it will die with 3 hours of direct sun. Sunwatcher is made to take a reading of the light levels every hour and save it to the eeprom. Heres the whole process from breadboard to actual perfboard circuit! My first time soldering something, came out really well 🙂 Sunwatcher is still being tested.﻿” (read more) 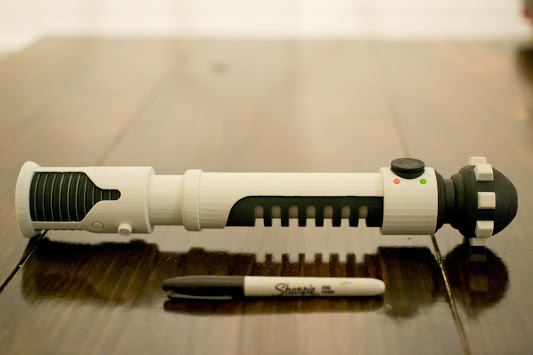 Andrew Bougie shared: “My latest 3D print on the 660pro. I could even sand and clear coat it as well if I wanted a smooth, glossy finish. This is not painted. It comes out of the printer in full color. I did not create the digital model for this print as I do not have much free time right now, but I should start printing my own designs in the next few months.﻿” (read more) 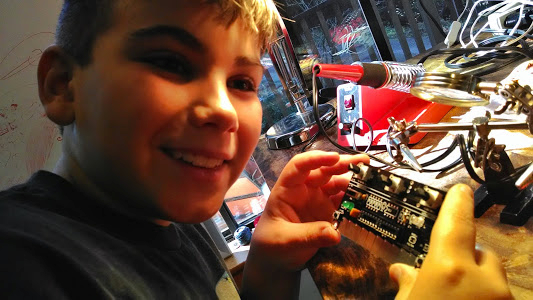 Kevin Ochs shared: “I’d like to share my latest robot project Golem. He is made out of aluminum and powder coated white gloss for a bit of flair. He has an Intel NUC motherboard running Ubuntu 13.04. There is an accelerometer, compass and gyroscope onboard for orientation and bearing aide. Golem is roughly 2.5 feet (76.2 cm) in diameter and weighs 16 pounds (7.3 Kg).” (read more) 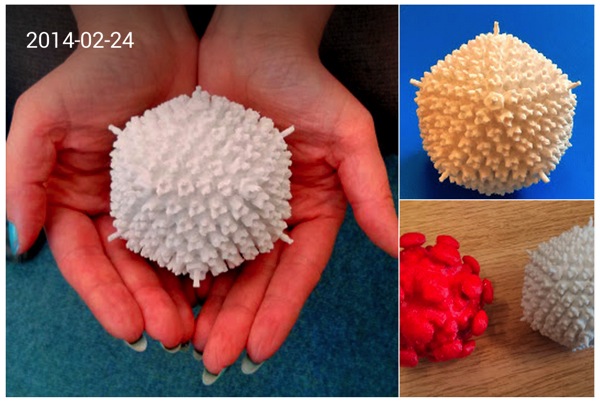 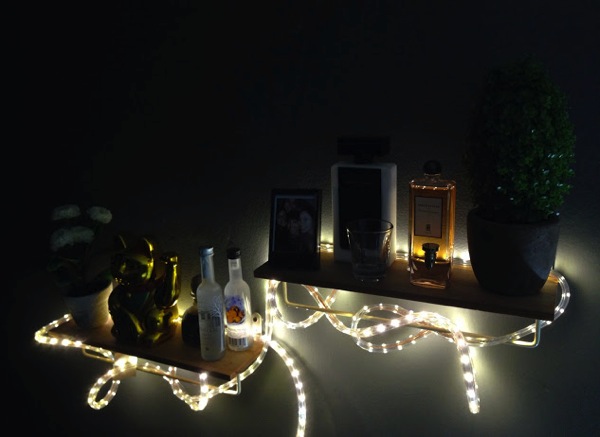 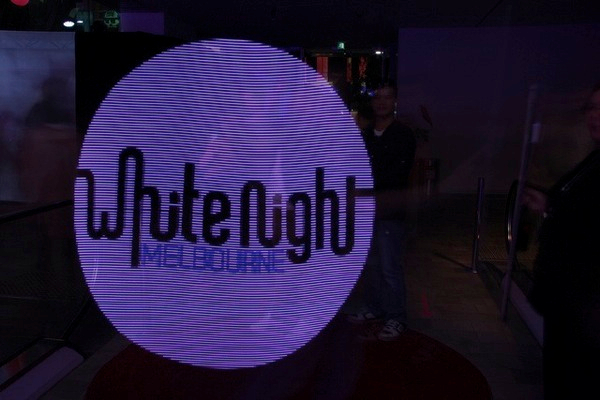 Simon Dargaville shared with us about an incredible festival in Melbourne, Australia featuring light paintings using our NeoPixel 144 pixel strips! “We had a ‘White Night’ event in Melbourne, Australia last night, we ran a light painting experience, just a dslr tethered to laptop and 46″ lcd for playback. I made 2x Light Painting sticks, for public to try out their skills. BMPs were mostly just color gradients.. (and some logos) but people had heaps of fun giving it a go. 600 odd photos taken over the night. Some better than others. but not bad for people giving it their first go, and only having 6 seconds to make ‘art’ 🙂 Thanks again for selling the 144 pixel strands in stock and shipping so quick! Couldn’t have done it without you!” (read more)

Embedds highlighted this useful project from Oscar Liang: “Small GPS device is always nice to have. One thing is that it can be used to tell the time. But most importantly it is used give coordinates of your position and other derivative values like speed and distance. Oscar wanted to build small GPS watch which were small enough to carry around and have useful features like logging.

Basically, GPS watch is based on Arduino Nano board which talks to Adafruit GPS module and Mini SD card module for logging. Information is also displayed on OLED mono color display. Watch is powered with single cell 600mAh LiPo battery. Charging module is also include in to box. Initial tests show that its accuracy is about 3meters and refresh rate is about 10Hz.” (read more)

Dave shared his work-in-progress Automatic Missile Launcher Miniature — a Mk 10 Terrier GMLS Model: “here’s my video on the missile launcher. Currently instead of firing the missiles (estes rockets), I have connected an LED to the firing circuit instead until weather allows me to go outside….'(read more) 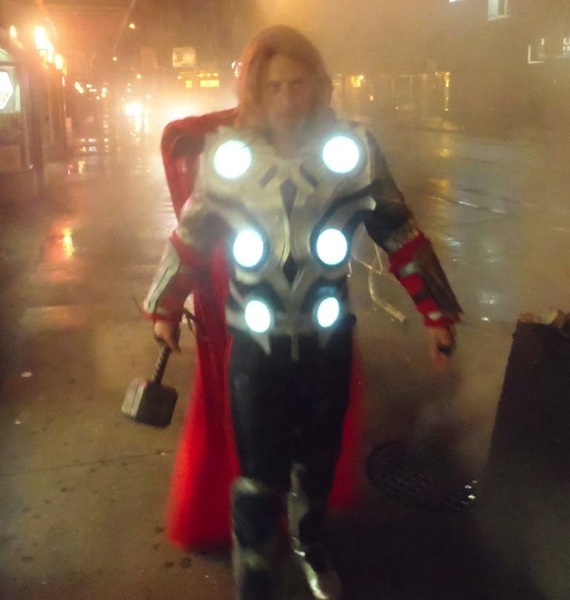 Instructables user spiderball built a Thor costume for Halloween, and he used craft foam to build up his arms to Norse-god like proportions. (read more)

Drew Fustini shared: “Software Defined Radio is an exciting technology and it was great to explore the possibilities when applied to the BeagleBone with cheap DVB-T USB sticks. It was an unexpected amount of fun to hear the BBB tune and play a FM station! Nice to have some hams on hand, too.” (read more)

YouTube user XCY11A made this great project with his BeagleBone Black: “I’d like to introduce my latest project, the desktop MiniMill.
This is a small CNC milling machine with a milling area of approximately 160x100mm. Application should be mainly the isolation routing of printed circuit boards and the milling of small parts…

…The objective is a very cheap system with components such as those used in the 3D printers, but to meet with a more stable structure around the greater forces during milling.” (read more)

Paul Gentile posted this fun top hat on YouTube. Apparently his son had a geek dream: “The inspiration for this hat came from my son, who was looking to create a costume for Halloween. Unfortunately we did not make this in time for Halloween, but we did make it for the Geek Create show. He wanted something Steam Punk in style. I found these felt top hats on Amazon for only a few bucks and figured we could not go wrong. His final outfit turned out well and he called himself Doctor “OHM” (Doctor Who Fans – read it upside down). So the hat, the LEDs, the Doctor OHM references … it all just worked. We have since used the hat at holiday parties and it made a big hit on New Year’s Eve. We made the hat using the LED MAgician.” (read more)

Comments Off on Community Corner: Great Projects the Past Week in the Adafruit Community – Feb 28th, 2014