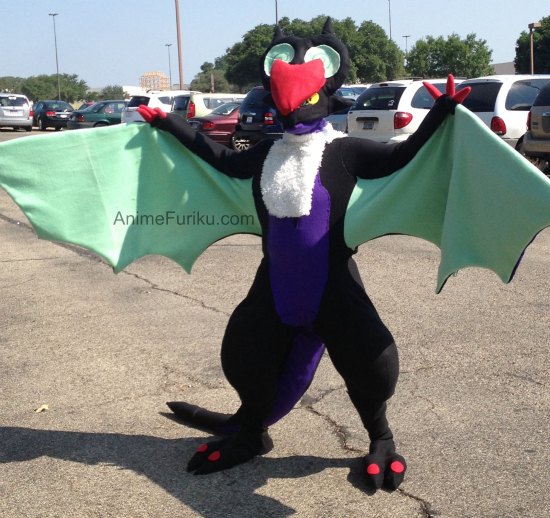 Noivern is a big, flying Pokémon with bat-like wings, and cosplayer Megan knew she wanted to create a costume of the character as soon as it was revealed. She started with several sketches and decided to make the costume from various colors of fleece. She figured the head would be the trickiest part, so she started with a base of a balaclava and went from there:

Before I did anything else, I take some elastic around the mask to where it goes from the top/back of the head and reaches right underneath where your chin would be. This allows you to build a moving jaw later on. Now I can start to build the main form of the head using a material called high-density foam which can be found at many different craft/fabric stores, and hot gluing the foam straight onto the mask. For Noivern, I started with the sides of the head that connect to the front part of the muzzle or mouth, cutting out the place where they eyes are going to be. This allows me to see where my main visibility will be when the mask is put on. Once that is done, I cut out a rectangular piece (to later be trimmed) for the lower jaw. This will be attached right on the elastic on the chin to allow the mask’s jaw to move as yours does. After some pieces have been attached, I like to try the mask on to make sure I can see and that the jaw works. 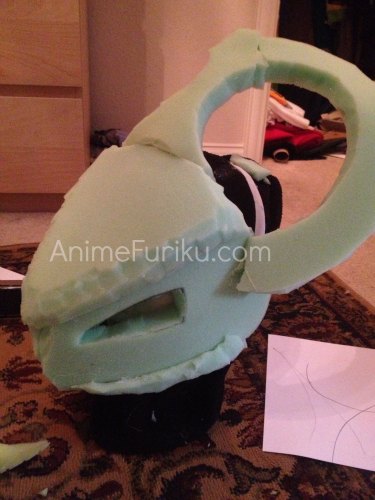 Comments Off on Pokémon X and Y Noivern Costume