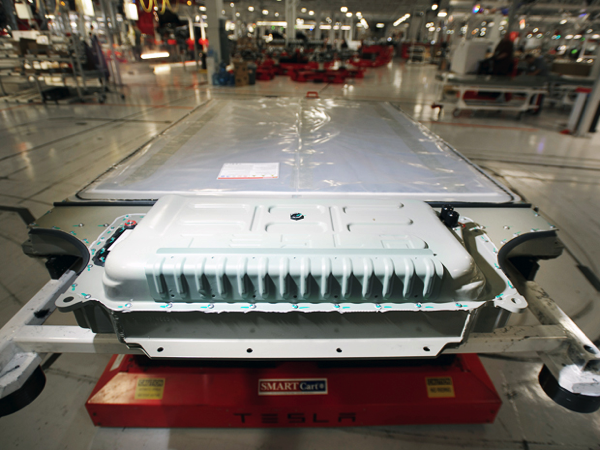 Telsa is planning to build an enormous “Gigafactory” in order to make cheaper batteries for electric cars. Via IEEE Spectrum.

Tesla Motors plans to build a huge U.S. battery factory capable of supplying 500 000 electric cars annually by 2020. The $5-billion “Gigafactory” is expected to produce more lithium ion batteries in 2020 than all the lithium-ion batteries produced worldwide in 2013—a huge step on the road to driving down the cost of battery packs and mass-market electric cars.

A completed Gigafactory running at full production capacity in 2020 would allow Tesla, founded by Silicon Valley entrepreneur Elon Musk, to have an annual battery cell output of 35 gigawatt-hours. The Gigafactory’s initial launch in 2017 would coincide with Tesla’s plans to introduce a lower-cost, mass-market electric car in the same year, according to The Wall Street Journal. But lower lithium-ion battery costs could also open the door for new power storage opportunities beyond electric cars.

“By the end of the first year of volume production of our mass market vehicle, we expect the Gigafactory will have driven down the per kWh cost of our battery pack by more than 30 percent,” said a Tesla Motors press release…

Comments Off on Tesla’s $5 Billon Battery Factory: Spending Big to Save Big #ManufacturingMonday