RasPi: Back to BASIC, shared on MAKE:

…A lot of us cut our teeth on BASIC programming back in the late 70′s and early 80′s — we owned a Tandy TRS-80, an Apple II, or a BBC Micro — and spent hours in front of glowing phosphor screens hacking away, writing our own version of Space Invaders. For those of us who did, the Fuze is going to look startlingly familiar — and very reminiscent of the BBC Model B.

Aimed squarely at the education market — competing with other Pi-based kits, like the Kano Kit, which had an amazingly successful Kickstarter late last year — and attempts to take the Pi back to its roots in education.

The Fuze takes the Raspberry Pi and wraps it in a metal case to protect it from hostile environments — like classrooms — and adds a keyboard and a breadboard which means you can make easy use of the Pi’s GPIO capabilities. Taking a step back it does, in fact, look remarkably like those computers we grew up with back in the 70′s and the 80′s. But it takes things one step beyond that and ships with a version of BASIC that — while updated for the modern era – is very similar to the early Microsoft and Apple BASIC environment that we’re all familiar with from those hours attempting to re-write Space Invaders.

I talked to Jon Silvera — the managing director of Binary Distribution — about the Fuze itself, their distribution of BASIC, and where it fits into the education market….. 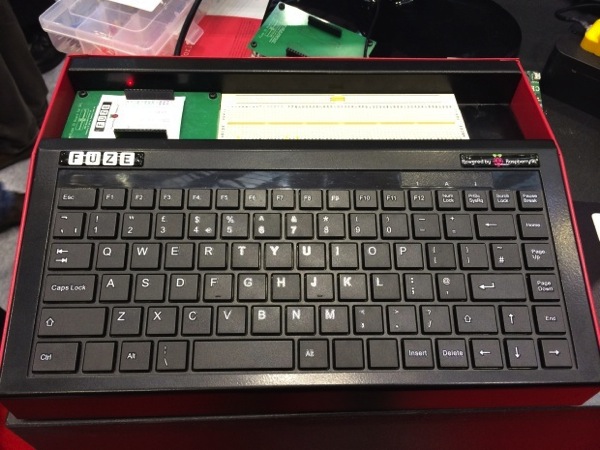 Comments Off on RasPi: Back to BASIC #piday #raspberrypi @Raspberry_Pi