Hundred Water‘s new music video for their single ‘Cavity,’ directed by Michael Langan, relies mostly on a flashlight for its entrancing visual effects, from thisiscolossal.

This is a stunning new music video for American indie band Hundred Waters latest single Cavity directed by Michael Langan. Langan previously worked on the wildly popular experimental film Choros featured here last year. Amazingly Cavity was filmed without the use of CG, but instead relies on simple lighting effects. He shares via email:

The video is a kind of pas de deux between the woman (Nicole Miglis), and light − evading it, summoning it, and ultimately being consumed by it. We’re playing with the idea of hollowness, attempting to define emptiness by its edges, visually.

There’s no CG in the video, just practical effects. Most of the video is lit by a single flashlight, drawn slowly over the landscape and later “echoed” up to 500 times to create patterns that fill the scene with light. We used a projector mounted to a motorized lazy susan to achieve the “sliver” shots of Nicole. 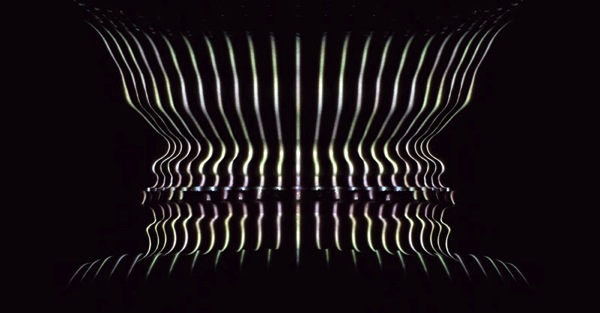 Filed under: music — by Kelly