The Armory Show is an annual event held in New York City celebrating artists and galleries from all around the world. It’s NYC’s largest art fair and believe us, it was huge. This year there were so many amazing works of art it’s hard to pick what our favorites were! Here we’ll outline some of what we saw but we encourage all NYC locals to go take a trip out next year for a fun and interesting (and exhausting!) day with the arts. 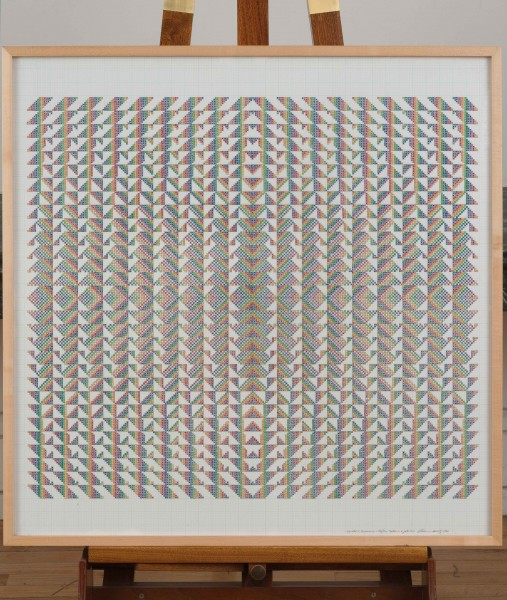 One of our favorite booths featured works by LA based artist Channa Horwitz. Visually complex, her works are stunning once you realize the meaning behind the systematic linear code. Channa is the creator of sonakinatography a process of visualizing music into eight-to-the-inch squares of the graph paper they appear on. It was like coding as performable, musical art!

Seeking to capture time and motion—she dubbed her series of drawings initiated in the 1960s Sonakinatography to reflect her commitment to sona (sound) and kina (movement)—Horwitz lays down her drawings on graph paper, the lines and squares rendered in deep black or the colors of the spectrum to create oftentimes deliriously intricate patterns. 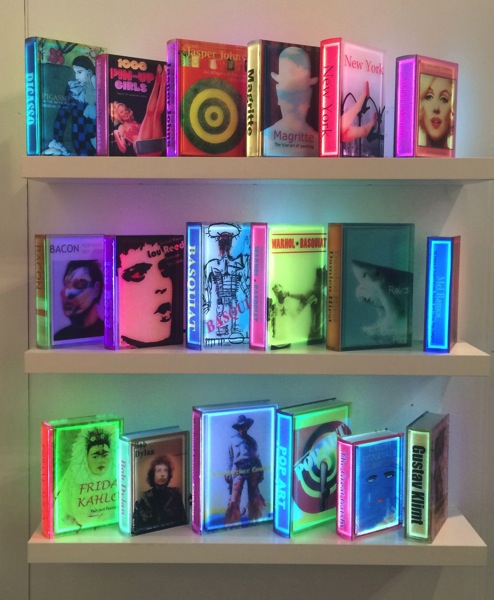 Neon was theme throughout the show and you know how Adafruit likes their glowy art! The lit up books above are by artist Airan Kang. Below is a piece by Den Flavin, who is known for his incredible light installations. 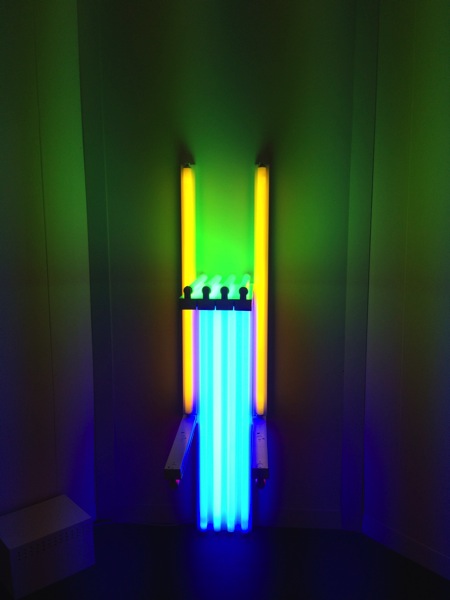 3D printing made an appearance as well. Artist Karin Sander is turing traditional portraiture on its head with her full body 3D scans that she then prints into miniature figurines. Using a custom made scanning system that surrounds the model with 4 full body white light 3D scanners, she is able to capture every angle with precision. She then uses a face scanner to get more detail and is able to reproduce the person in 1:5 scale. We tried to get a picture of the set up but the booth was so crowded we couldn’t get a shot! Below is one of the 4 unique figurines that were on display. 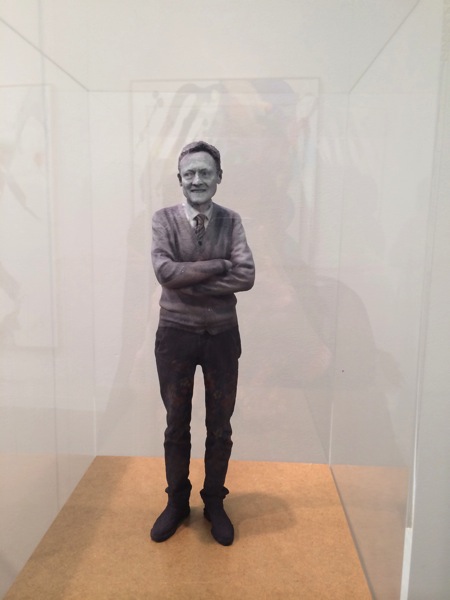 Another one of our favorites was this piece by Haroon Mirza. Haroon used a grouping of solar panels and copper tape to light up LED strips (just like the ones we sell at Adafruit). 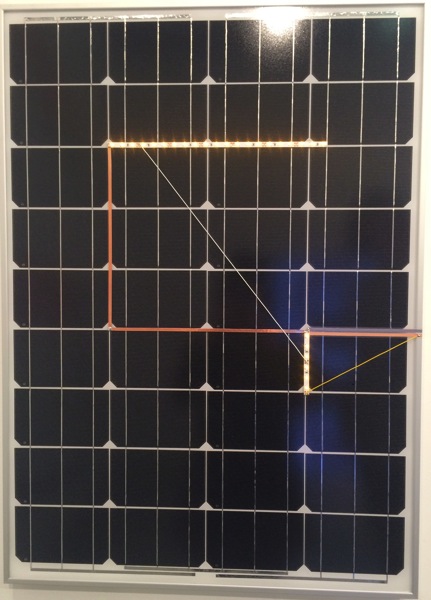 We always enjoy works that play with form and this translated vase by Yeesookyung, was deconstructed and put back together again with surprisingly beautiful results. 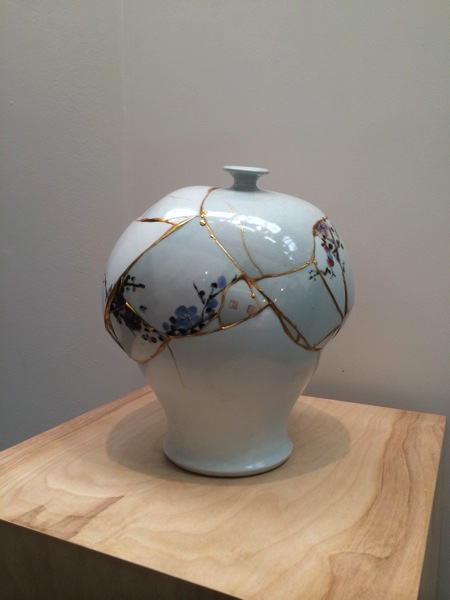 The show featured a large number of well known artists as well with works by Salvador Dalí, Andy Warhol, and, as shown below, Nick Cave. His mixed media “soundsuits” are even shinier and more impressive in person. 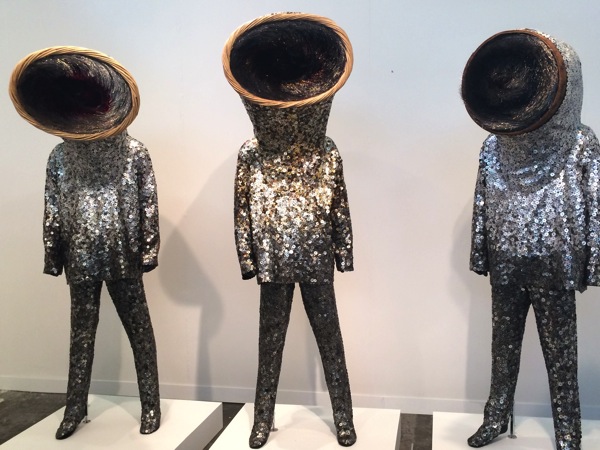 There was tons more to see and we took hundreds of photographs. Here’s a little history about the show:

The Armory Show, a leading international contemporary and modern art fair and one of the most important annual art events in New York, takes place every March on Piers 92 & 94 in central Manhattan. The Armory Show is devoted to showcasing the most important artworks of the 20th and 21st centuries. In its fifteen years the fair has become an international institution, combining a selection of the world’s leading galleries with an exceptional program of arts events and exhibitions throughout New York during the celebrated Armory Arts Week.

In its fifteen years, The Armory Show has become an international institution, and every March, artists, galleries, collectors, critics and curators from all over the world make New York City their destination. The concept of a week of arts-related events grew organically, and was formalized with the support of the city in 2009.

Click here to read more about this year’s show and stay tuned for next week when we cover the (Un)Fair Art Show– a DIY response to the Armory show that we stumbled upon on our way home.