Neil Gaiman’s “The Graveyard Book” to become a graphic novel 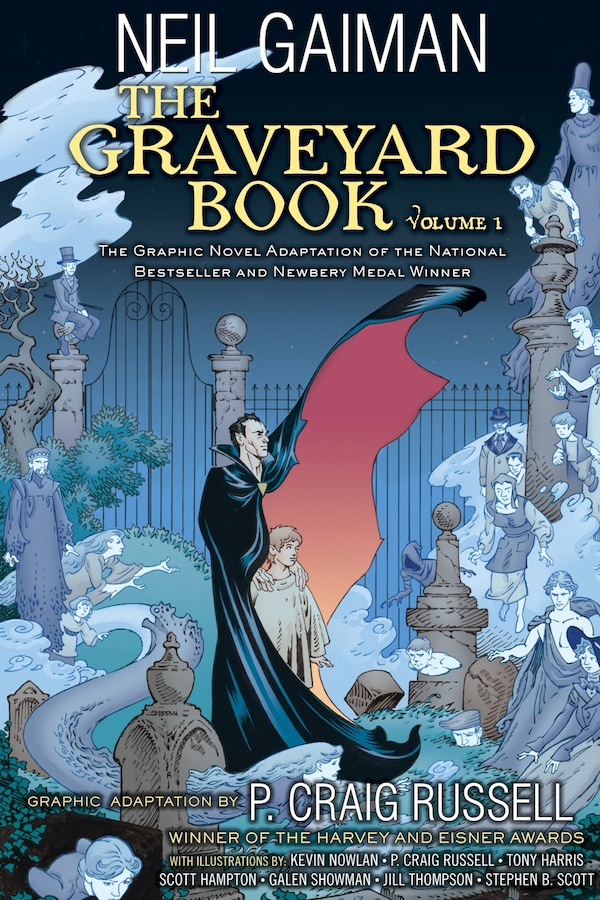 Neil Gaiman’s bestselling book “The Graveyard Book” is being adapted into a graphic novel:

P. Craig Russell and a posse of other artists are hard at work adapting Neil Gaiman’s 2008 children’s novel The Graveyard Book into graphic-novel form.

Russell has worked with Gaiman on a number of adult comics, including several issues of The Sandman and the standalone story Murder Mysteries, which will be reissued in a new edition later this year. While he is supervising this adaptation, each chapter will be done by a different artist; the roster includes Jill Thompson, creator of Magic Trixie and Scary Godmother, who has also collaborated with Gaiman on the Sandman series.

Gaiman posted the news, along with a few preview pages, on his blog.