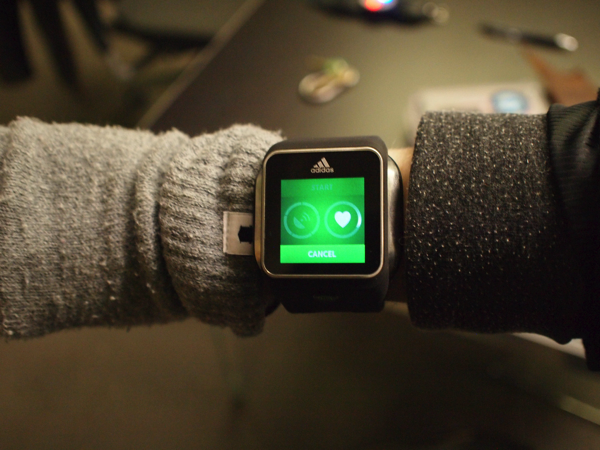 Google is looking for Android to be more widely adopted as a wearables development platform— The Verge writes:

Speaking today at the SXSW conference, Google’s SVP of Android and Chrome, Sundar Pichai, said that in two weeks, Google will be releasing a developer SDK that will make it easier for companies to create wearable devices that run on Android. Pichai didn’t drop any hints as to whether or not Google itself was working on any devices, but instead said that when it comes to wearables, he thinks about it “at a platform level.” That means that Google is focusing on the low-level operating-system hooks that are necessary for the sensors in a wearable device to talk to the Android operating system. Focusing on the “platform” is a clever way for Pichai to position Android as a real player in wearables without committing Google to building them itself.

Pictured above is from when I got to try on the Adidas Micoach smart watch, running a full Android build.

Comments Off on Google To Release SDK for Android Wearables #WearableWednesday