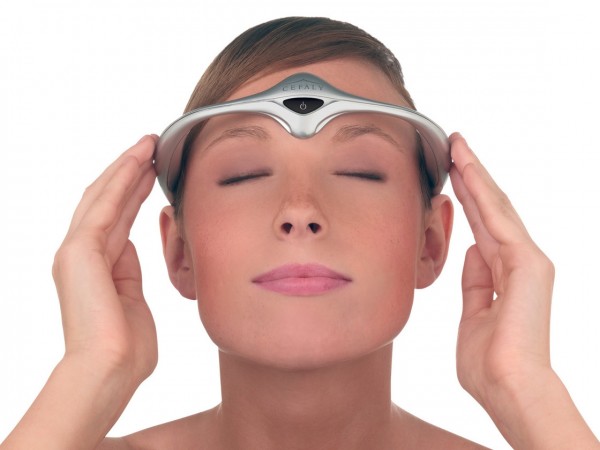 This wearable may look like something out of Star Trek, but the technology behind the new Cefaly headband has been shown to help prevent migraines in clinical testing. From NPR’s Shots:

The battery-powered headband presses an electrode against a person’s forehead, where it sends an electrical signal through the skin to the trigeminal nerve.

By stimulating the nerve, which plays a role in many migraines, the device was shown to help prevent the headaches in a clinical test involving 67 people. Some got the Cefaly device and others used a sham headband. The people who wore the Cefaly device 20 minutes a day took fewer migraine medicines than those who got the dummy device.

While this new device could help some people to use less medication and thereby avoid its inherent side effects, the stimulation used by the device can produce some slight discomfort for some and the actual working effects of the device are still relatively mysterious.

Pain specialists and anesthesiologists have used what’s called transcutaneous electrical nerve stimulation, or TENS, to relieve pain for decades. Electrodes placed on the skin transmit low-voltage electrical pulses into the tissue and nerves underneath. Cefaly puts the electrode in what looks like a space-age glasses frame.

How does TENS feel? Not too bad, though it can be unsettling to start. “The high frequency and relatively low voltage is pleasant,” says Dr. James Rathmell, chief of the pain medicine division at Massachusetts General Hospital in Boston. Conceptually, he says, TENS is about “putting a pleasant sensation over an area where there is a painful sensation.” He compares the TENS effect to rubbing a painful patch on your body to make it feel better.

But exactly what TENS does inside the body isn’t fully understood. “Empirically, it works, but why it works is less clear,” Rathmell tells Shots. It probably changes chemical signaling in nerves, leading to the release of certain neurotransmitters.

Comments Off on Futuristic Looking Headband Helps to Prevent Migraines