Forge Your Own Crysknife #Dune 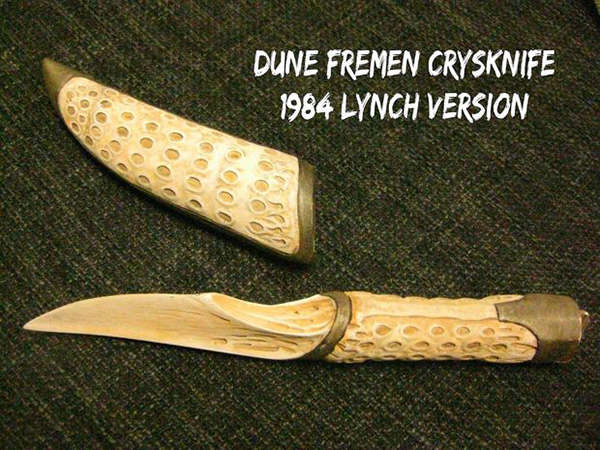 You don’t have to travel to Arrakis and take down a sandworm to create a crysknife, but you do need to be willing to put in the time if you want it to look realistic. Instructables user Ginton Forge made a replica of the prop based on the design seen in David Lynch’s Dune from 1984 and won a medal in Instructables’ Makerlympics. He enjoyed making the weapon and wrote up a detailed how-to so we can all arm ourselves in the fashion of the Fremen. He used a crysknife mold carved from a soft wood, silcone rubber, resin, ivory toner, and plaster of paris. Here’s how he cast a rubber mold from the master one:

Casting a rubber mould out of a master mould (also called the “male mould” or the “plug”) may be tedious and messy and time-consuming, but it’s certainly an important part of the process. You basically have to let the rubber capture the likeness of your plug (the wooden mould/model of a crysknife). The silicone rubber is initially liquid so it will flow over and around the plug and around into all its details.

When the rubber sets and when you remove the plug you’ll then have a negative imprint of your plug made out of rubber. That’s why it’s critical that you do the rubber moulding process properly or you won’t get the details right and mistakes you make at this point will show up on your subsequent casts.

I used a two part-mould for the crysknife, with each half backed with plaster of Paris for the rubber mould to retain its shape when the resin is poured in. Apply the same process for the sheath cast! 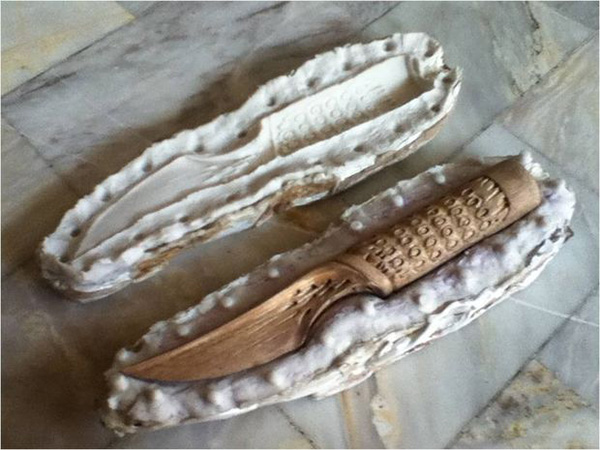 Comments Off on Forge Your Own Crysknife #Dune