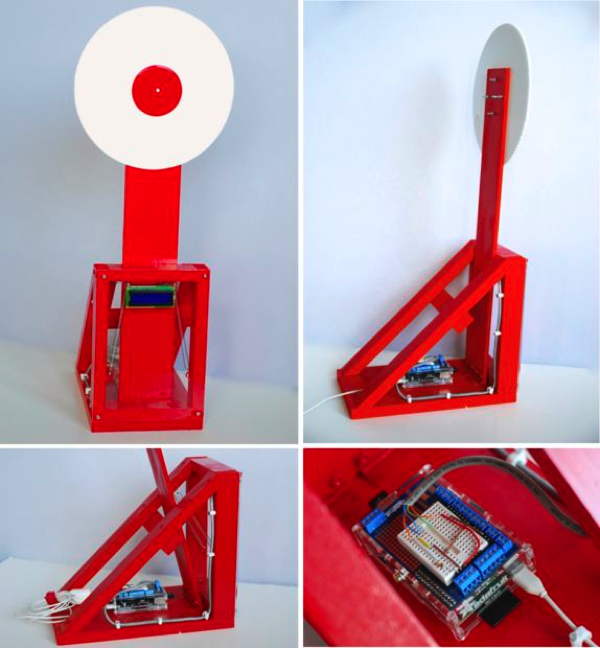 The Raspberry Pi Smart Target was designed to be hit by the now famous Flying Monkey, but It can be hit by any other light object such as small ball. When the Target is hit the following events happen:
A random sound effect is played through a small set of speakers connected to the Raspberry Pi.
A “congratulations” message is displayed in the front LCD screen.
The Raspberry Pi grabs a snapshot from a network camera (Dropcam) and is posted to a social network.
A random message is posted along with the picture taken by the Dropcam.
The whole action is immortalized in the interwebz.
I built the target to showcase the Oracle Social Network Public API, which is a RESTful based API. I used the Target during the Oracle Open World 2012 conference. It was setup at the Oracle Technology Network Lounge, so people stopped by throughout the day and gave the Target a shot (pun intended). If someone hit the Target they also got to keep the monkey as a keepsake.

Since the Oracle Social Network is not released at this point I posted a modified version posting to Twitter.