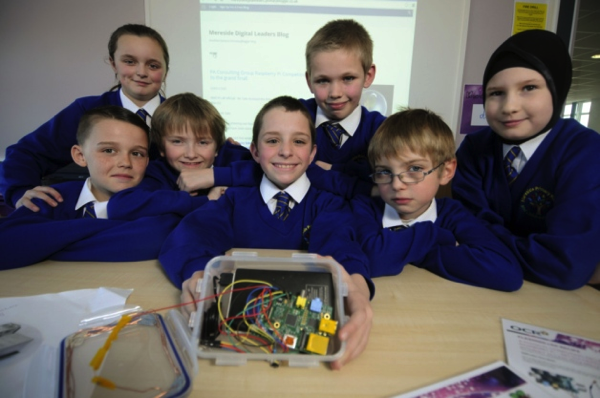 An after school group has entered their project, a pi-powered natural disaster beacon, into a national contest and has made it to the final round. Via The Blackpool Gazette.

Blackpool schoolchildren have made it to the final of national science competition after coming up with an ingenious way to help victims of natural disasters.

The team from Mereside Primary School designed an Emergency PiBeacon, as part of a competition to use the micro computer, Raspberry Pi, to help the environment.

They are now one of just three schools from across the country in with a chance of winning £1,000 from the competition at the Science Museum in London, on April 2.

The Year Six class at the school on Langdale Road, Mereside, designed the system after studying natural disasters in Autumn term. The thoughtful youngsters decided to design something that could help those who were affected by the typhoon in the Philippines, for victims to alert emergency services and rescue teams to their whereabouts…

The school has been running an after school club for ICT, including programming, coding and the Raspberry Pi, since January ready for curriculum changes in September which will see all children study computing.

Mr Sale explained the equipment: “The device uses a solar powered cell to self charge and is completely portable and weatherproof.

“It has an in built antenna, that transmits a distress signal (at 103.3Mhz) alongside an LED board that flashes in morse code at the same time as a buzzer ‘beeping’ to increase the chances of being located and rescued.

“It was been coded using Python, a common programming language available on various systems.

“The emergency beacon contains a pre recorded emergency message, written by the Year Six children, which would be picked up by search and rescue teams working in natural disaster zones.”