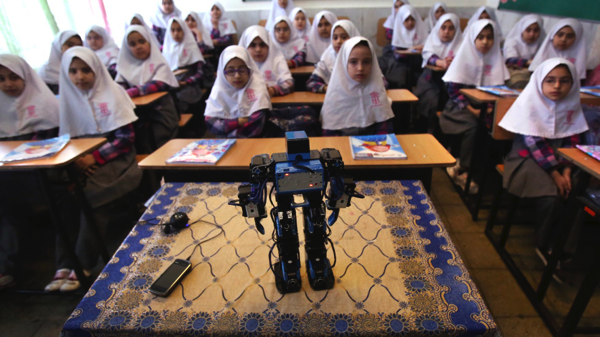 Quartz has posted this interesting interview with Dmitry Grishin, head of Grishin Robotics, about the future of the industry. Among the other topics, they cited up Raspberry Pi, Arduino, and 3D printing as reasons why the consumer robot industry will be taking off in the next few years. We’ll post a couple here but be sure to head over to the original post for the full list.

1.Building robots is cheaper than ever.

We live in an era of self-driving cars, robotic vacuum cleaners, and ever more autonomous military drones. That’s because innovation comes relatively quickly and cheaply nowadays. “Let’s assume you wanted to build a robot 20 years ago,” Grishin says. “You would need to invest several million dollars to build one robot, and it might take three years.” Costs and timescales like that just don’t fly for modern VCs accustomed to putting their money in software, says Grishin.

2. Smartphones have made the guts of robots less expensive and more effective than ever

3. And new building blocks keep engineers from having to start from scratch

So much of the basic infrastructure of an app or web service has already been built and is available for free or at a low cost—from hosting on Amazon to the collaborative software development at the Apache web server—that launching startups is now more about ideas than the technology itself. The same thing is happening in hardware, says Grishin, as basic components (like the open-source microprocessors Arduino and Raspberry Pi) and libraries of code (like the Robot Operating System) begin to reach millions of hobbyists and professionals.

“It’s very important you have a lot of blocks to easily combine, and you don’t spend too much time to build any of them from scratch,” says Grishin.

4. Building prototypes of new hardware is easier than ever

“In the past, prototyping was really hard,” says Grishin. Hardware companies would build a prototype, show it off, then spend another year or two creating the next prototype. “But now, because of 3D printers and good 3D software, you can do prototyping much quicker,” says Grishin.