GoPro is a content company, sometimes sells cameras too #makerbusiness 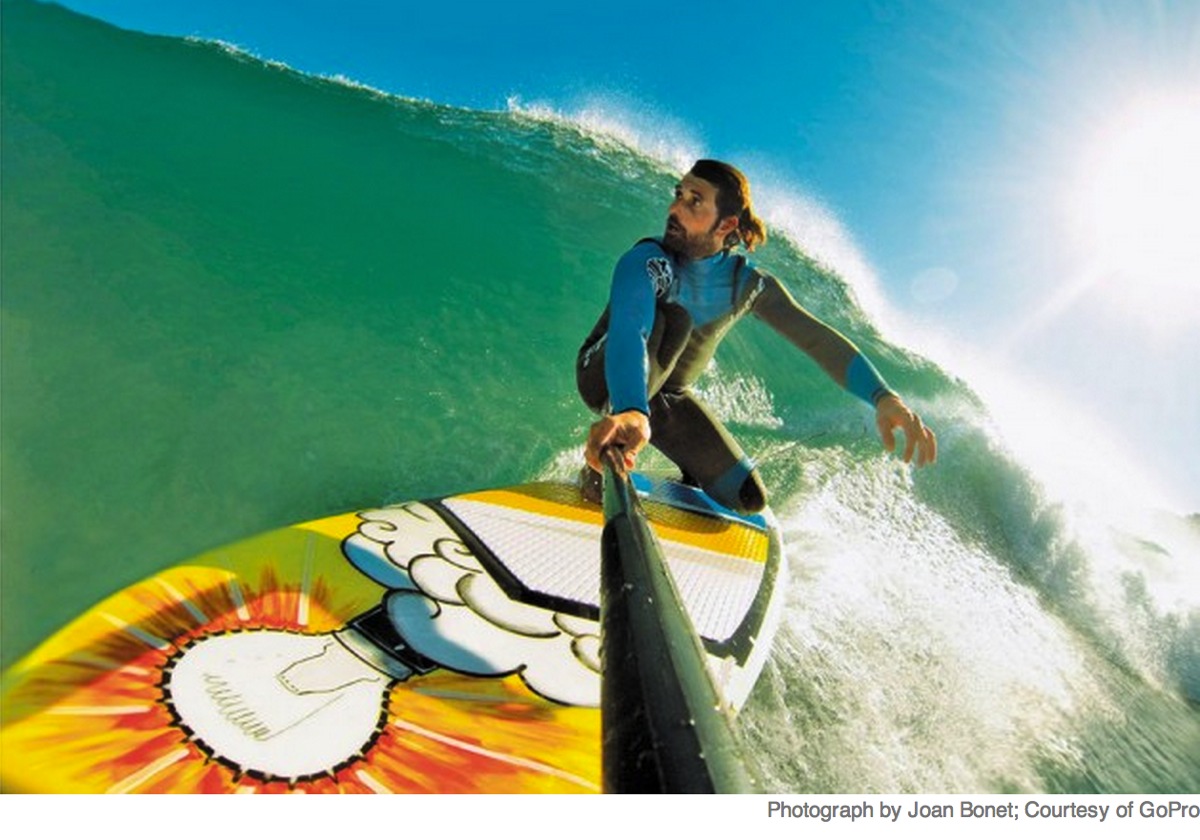 Since March 2009, more than 620 GoPro-posted videos have attracted 440 million-plus views, according to YouTube spokesman Matt McLernon. GoPro’s own channel ranks in the top 350 on YouTube, and the company’s customers are even more prolific. The number of videos with “GoPro” in the title has grown so much—60 percent from 2012 to 2013—that watching 2013’s crop alone would take you 2.8 years. “It’s not about hardware anymore; it’s about software and experiences,” says Christopher Chute, the research director at market-research company IDC. “And I think that’s been GoPro’s vision from the get-go.”

That vision became more concrete in late January, when the company announced the Xbox OneGuide channel featuring GoPro videos. The channel, a pilot version of which is already available on Virgin America flights, will feature curated content, and users will be able to purchase GoPro products directly online. “GoPro is a content-driven company,” Chief Executive Officer Nicholas Woodman declared at the time. And while that may have sounded odd for an outfit that depends on selling widgets for its bottom line, it’s the content that has observers buzzing about an initial public offering, announced on Feb. 9.

Comments Off on GoPro is a content company, sometimes sells cameras too #makerbusiness