Long Life Vehicle (LLV) – How the postal service gets around #makerbusiness 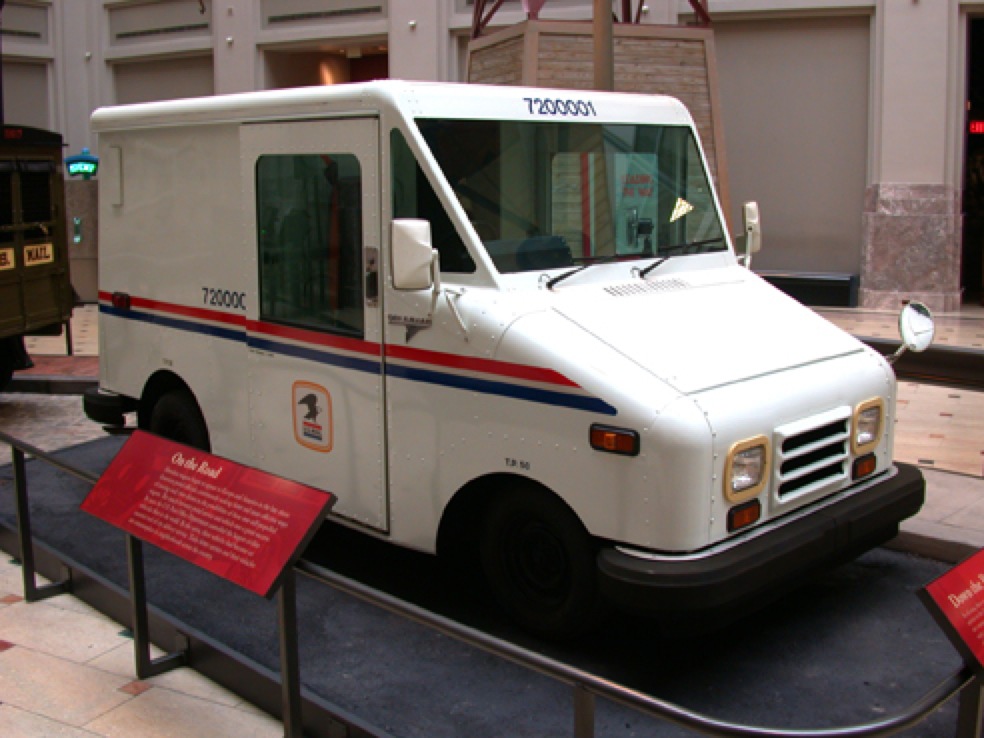 On July 11, 1987, this white, boxy postal truck known as a Long Life Vehicle was brought into the Smithsonian Institution’s collection. The vehicle was added to the National Philatelic Collection, in the National Museum of American History. In 1993, that collection, including this vehicle, was shared with the public when the National Postal Museum opened in the old DC City Post Office building next to Union Station.
The Long Life Vehicle, or LLV, marked a major change in how postal officials approached buying vehicles. Until the 1980s, when new vehicles were needed, officials combed through existing models for the best fit. This often resulted in vehicles that met some, but never all, of the demands of moving mail.

Finally officials decided to try something different. They created a set of criteria for the perfect letter carrier vehicle and challenged commercial vehicle industries to create a vehicle to order. Officials selected from vehicles produced by three groups: Grumman and General Motors, Poveco (Fruehauf & General Automotive Corp), and American Motors. Each vehicle prototype was tested in 1985 over a series of road types in Laredo, Texas. Drivers guided the vehicles over rugged, pothole-filled streets. The drills were created to replicate the needs of city letter carriers. Each vehicle was required to:

Read more – The ones you see around now are the ones they made, they have not made more of them after 1994.