Your Name in Life: Create a unique Game of Life based on your name

Clark DuVall has created this awesome site that takes your name and generates a Game of Life based on it. It lets you take snapshots as well as it expands and grows. You can change the font, drawing options and life options also. Above is “Adafruit Industries” in multicolor. We took this snapshot right at the beginning. Below is what we got after about 45 minutes at the “very fast” speed option. Here’s more about Conway’s Game of Life from wikipedia:

The universe of the Game of Life is an infinite two-dimensional orthogonal grid of square cells, each of which is in one of two possible states, alive or dead. Every cell interacts with its eight neighbours, which are the cells that are horizontally, vertically, or diagonally adjacent. At each step in time, the following transitions occur:

The initial pattern constitutes the seed of the system. The first generation is created by applying the above rules simultaneously to every cell in the seed—births and deaths occur simultaneously, and the discrete moment at which this happens is sometimes called a tick (in other words, each generation is a pure function of the preceding one). The rules continue to be applied repeatedly to create further generations.

Read more about Conway’s Game of Life here and try it out on your own name here. We also sell a DIY LED project version of the game here. 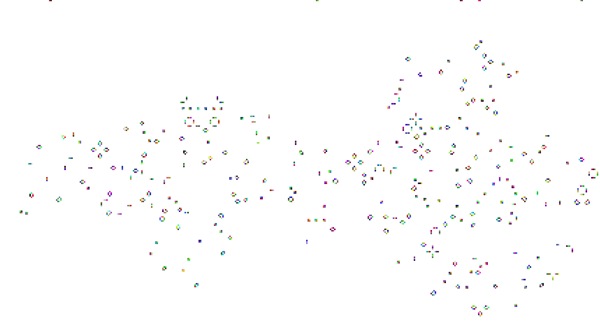 Comments Off on Your Name in Life: Create a unique Game of Life based on your name