An updated version of “Voyage to the Heart of Matter: The ATLAS Experiment at CERN” is now available in English and German! #makereducation 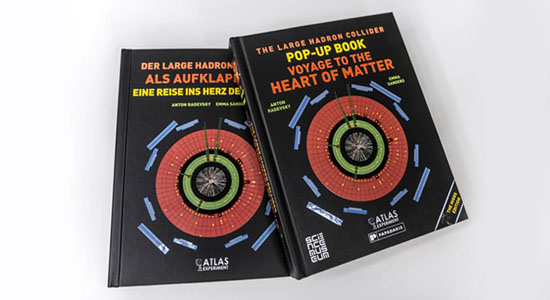 A new pop-up version of Voyage to the Heart of Matter is now available in English and German.

A new “Higgs” edition of the ATLAS pop-up book – Voyage to the Heart of Matter is published in English and German.
This updated edition of the book contains the pop-up particle tracks resulting from the decay of a Higgs boson in the heart of ATLAS, one of the four main experiments on CERN’s Large Hadron Collider. Both ATLAS and the Large Hadron Collider are recreated in full 3D pop-up by paper engineer Anton Radevsky. The book contains 16 separate pop-ups that reveal the inner workings of the Large Hadron Collider and the ATLAS experiment and now also include the discovery of the Higgs boson.

The first edition of the pop-up book was published in the UK by Papadakis in November 2009. This redesigned and updated edition (ISBN 9871906506414 in English, ISBN 9789290833888 in German) is the fourth edition of the book which also exists in French. Pop-ups and illustrations by Anton Radevsky, text by Emma Sanders.

English and German copies of the book arrive at CERN early December. In the meantime, English language copies are available at on-line retailers and all good bookstores from November 13th. 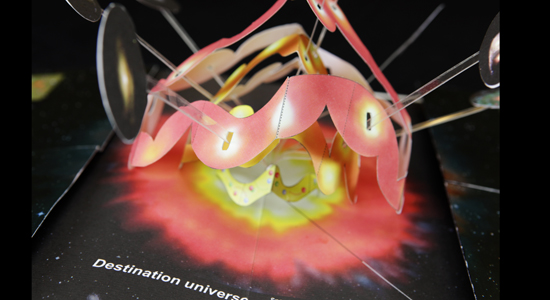 Comments Off on An updated version of “Voyage to the Heart of Matter: The ATLAS Experiment at CERN” is now available in English and German! #makereducation