De Graaf‘s interactive lights, collectively called Species of Illumination, were given the ability to act like creatures via a series of sensors, motors and stretchable cables that allow them to freely determine their actions.

The series consists of two lights. Wallace uses sensors to go in search of the darkest spot in a room and bring light to it. Once it has done that, the lamp works out where the next darkest point is and moves on to repeat the process.

Wallace is affixed to the ceiling at one end and has three pieces of wire that support a head on the end of a long electrical cable, which is encircled by a series of rings with copper wire threaded through each one.

Darwin, meanwhile, is a desk lamp that uses solar power to generate its electricity. During the day it trundles around on wheels seeking out sunlight to charge its battery, but in the evening it wonders around the house looking for movement and accompanying people with its beam of light.

Sensors in Darwin’s head allow people to interact with it. When a hand is held directly in front of the light, it tracks the movement and follows. Take the hand away and the light stops moving.

Darwin features two wheels made from tightly coiled wire, a black body with a solar panel on its back and a bulbous white head.

“The interaction and emotional relationship Wallace and Darwin bring contribute to people’s wellbeing, in the same way that pets do,” explained de Graaf. “The movement of living creatures triggers sensations, emotions and communication.”

“I think my lights are very much animate objects,” he continued. “At this point I’m still pretty sure they are not alive, but I think there will be a moment where the boundaries become more blurred.” … 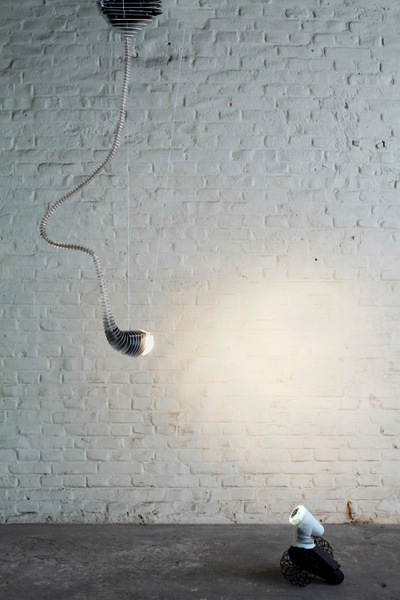 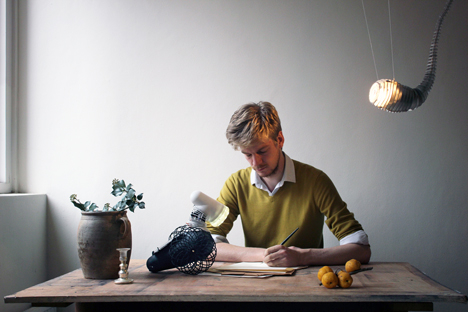