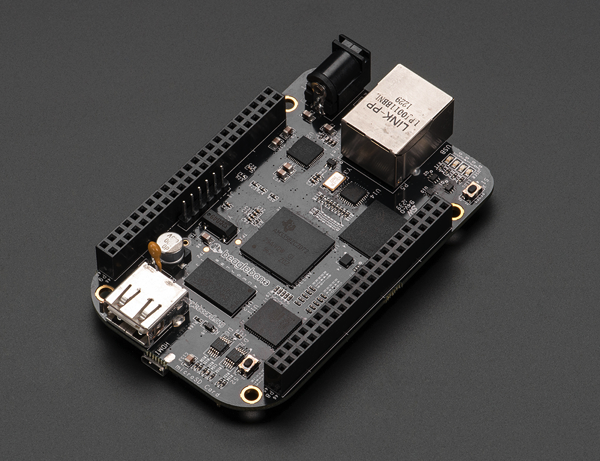 Opensource.com recently posted this interesting interview with Jason Kridner, one of the co-founders of BeagleBoard.org. We’ll post some excerpts here but you should check out the whole thing here.

Jason Kridner is the co-founder of BeagleBoard.org, where he has helped create open source development tools such as BeagleBone Black, BeagleBone, BeagleBoard, and BeagleBoard-xM. Kridner is also a software architecture manager for embedded processors at Texas Instruments (TI).

During his 20-year tenure with TI, Kridner has become an active leader in the open source community. He has engaged audiences at a variety of industry and hardware and software developer shows, including Maker Faire, Embedded Linux Conference, Android Builders Summit, OSCON, CES, Design West and Linux Collaboration Summit.

The goal for BeagleBoard.org is to inspire anyone—from kindergarteners to Kickstarter developers—to learn about how computers can be used in an everyday ways to remove barriers to learning, prototyping, and production. Success is when even a child can plug in the board, intuit what he or she can build with it, and share his or her designs with the world.

What are some of your best sellers?

Thanks to the low retail sales price of $45, the BeagleBone Black is the best-selling board design from BeagleBoard.org. All boards continue to be available and continue to be sold every day, thanks greatly to the amount of educational materials built around them. Some people are particularly interested in the DSP capabilities and additional USB host ports of the BeagleBoard-xM. Some people are interested in the built-in low-level debug capabilities of the original BeagleBone. Still, BeagleBone Black has now outsold all of the other designs combined.

As I mentioned, I believe the trend toward more compelling online trainings for hardware development will accelerate in 2014. The snowball effect means that many people will be getting more than a superficial introduction to advancing the state of open hardware for all of us…

For BeagleBoard.org and BeagleBone Black in particular, we are shifting the Linux distribution included on the board to Debian and upgrading our to version 3 of the Cloud9 IDE, which I see as a significant improvement with Python support, better shell capabilities, and improved debugging. We are also starting to include other libraries to program the board’s physical I/Os in Python, C/C++ and sketches. Upping board capacity and improving the software experience will be major focus items that our community of users should notice and help direct. Among the most visible and interesting development activities will be happening as part of the 2014 Google Summer of Code, for which the BeagleBoard.org Foundation is an approved mentoring organization and for which some number of students will get paid for their open source software development work. With at least half a dozen Beagle-related books coming out and popularity at an all-time high, 2014 could easily shape up to be the most exciting year for BeagleBoard.org yet!

Each Tuesday is BeagleBone Black Day here at Adafruit! What is the BeagleBone? The BeagleBones are a line of affordable single-board Linux computers (SBCs) created by Texas Instruments. New to the Bone? Grab one of our Adafruit BeagleBone Black Starter Packs and check out our extensive resources available on the Adafruit Learning System including a guide to setting up the Adafruit BeagleBone IO Python Library. We have a number of Bone accessories including add-on shields (called “capes”) and USB devices to help you do even more with your SBC. Need a nice display to go along with your Bone? Check out our fine selection of HDMI displays, we’ve tested all of them with the Beagle Bone Black!