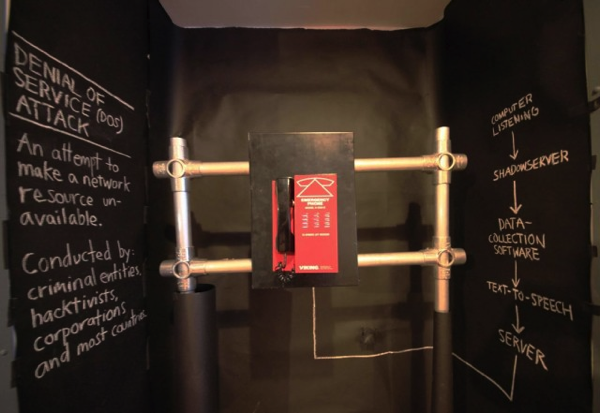 This post from The Awl reads like a scary story straight out of some dystopian Sci-Fi future:

Walk down Broadway, past Canal, past banks and furniture stores, Mr. Fashion and sneaker shops and condos, old then new, brick then steel, until the buildings grow taller and begin to take up entire blocks. Turn right at the unopened Pret, across from the McDonald’s, down Thomas Street, a one-way single-lane. Look up. You can’t miss it: A monolith, brutalist, granite armored, its skeleton colossal slats of moulded concrete. It is said to feature the largest blank facade in the world. The building’s six turrets contain air ducts, a whole mess of ventilation for whatever is inside. Whatever is inside—that’s the question…

…Ponder the monolith and its innards long enough, however, and you might find inspiration. This is how a trio of grad students at NYU’s ITP (Interactive Telecommunications Program) came to build a strange new kind of emergency phonebooth.

“We fell in love with the building,” said Omer Shapira, a filmmaker and journalist. “It’s just so insanely big, and dark, and what it contains no one knows. There are no blueprints online. Maybe there are NSA servers in there.” Shapira said that they first did their pondering before anyone knew who Edward Snowden was, and before cybercrime was something normal people might talk about. He and his partners, Max Ma and Ryan Bartley, wanted to find a way to link that building, full of phone lines, to its surroundings, full of Internet. “How about if we make this phone that shows the emergencies on the Internet,” Bartley said. “It would be like there’s this enormous building screaming for help.”

First they needed to find a way to listen in on cyberattacks. This wasn’t difficult. Shapira said that the internet is a lot like a big echo chamber—efficient routing means redundant connections. Denial-of-service (DoS) attacks reverberate between the connections. They needed a way to tap into a connection and listen for echoes. This wasn’t easy.

“Well, no one, big companies I mean, wanted to partner with us, to let us see how they were being attacked. I guess we shouldn’t have been surprised,” Shapira said. So they found databases of DoS attacks. The only problem with the databases is they weren’t in real time. Nonetheless, the range and frequency was astonishing. “The ones you hear about, from Anonymous usually, those are the most vanilla attacks, like on Scientology. You don’t hear about criminal organizations or governments, controlling millions of computers through a botnet to gain access to a server, or kill it,” Shapira said.

When he first looked at the attack logs, Bartley said: “Oh my God, this was way, way bigger than we ever thought.”

They buffered the logs by a few days, mostly so the three of them, or ITP, or NYU, wouldn’t become a target for the attackers. Then they programmed a cheap, credit-card-sized computer called a Raspberry Pi to scrape this data and spit it out. They turned the text to speech, choosing a crackly computer voice. “The feeling we want to give,” Bartley said, “is like, whenever you see a zombie movie, and the radio is replaying a message, a distress signal, that’s it.” 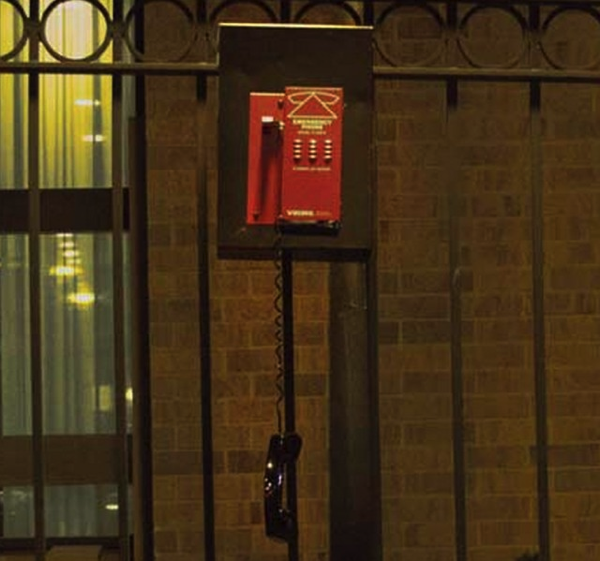