An Engineer’s Eureka Moment With a G.M. Flaw 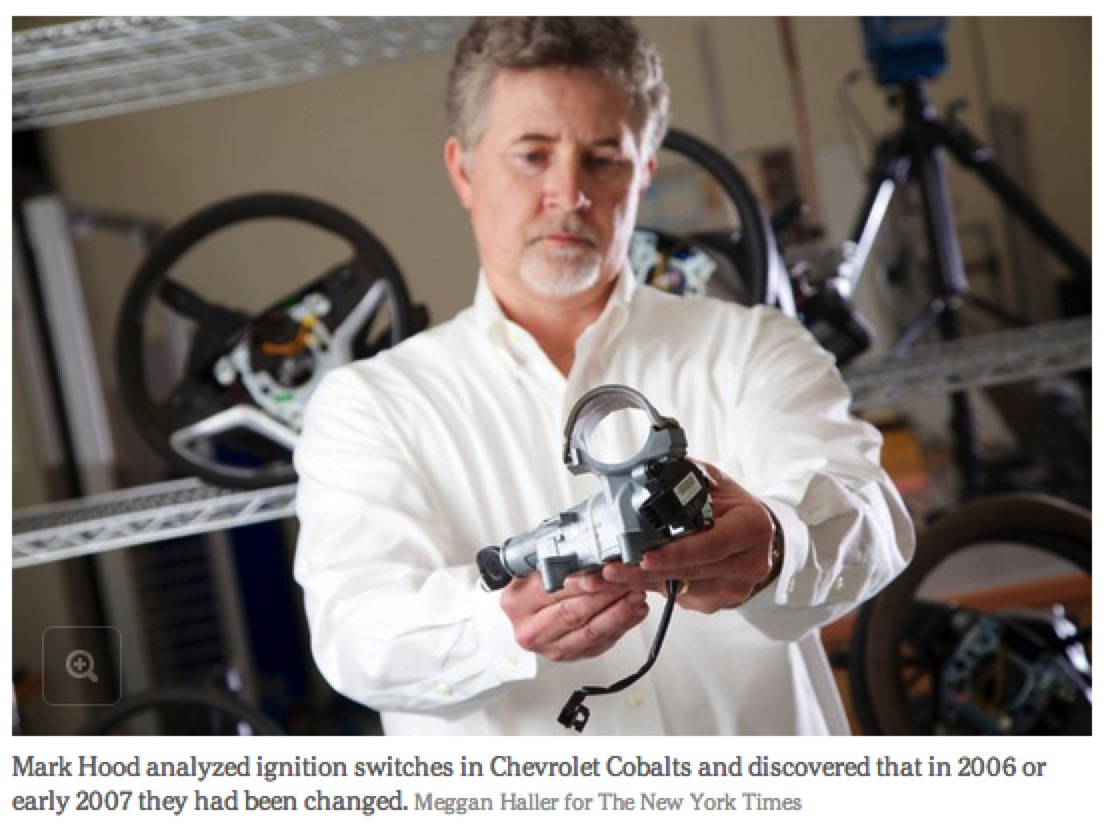 An Engineer’s Eureka Moment With a G.M. Flaw – NYTimes.com.

Somewhere inside the two-inch ignition switch from the 2005 Chevrolet Cobalt was the clue that Mark Hood was seeking.

Mr. Hood, an engineer in Florida, had photographed, X-rayed and disassembled the device in the fall of 2012, focusing on the tiny plastic and metal switch that controlled the ignition. But even after hours of testing, Mr. Hood was at a loss to explain why the engine in Brooke Melton’s Cobalt had suddenly shut off, causing her fatal accident in 2010 in Georgia.
It was no small matter to her family, which had hired Mr. Hood for their lawsuit against General Motors.

Then he bought a replacement for $30 from a local G.M. dealership, and the mystery quickly unraveled. For the first time, someone outside G.M., even by the company’s own account, had figured out a problem that it had known about for a decade, and is now linked to 13 deaths.

The discovery was at once subtle and significant: Even though the new switch had the same identification number — 10392423 — Mr. Hood found big differences. A tiny metal plunger in the switch was longer in the replacement part. And the switch’s spring was more compressed. And most important, the force needed to turn the ignition on and off was greater.

Comments Off on An Engineer’s Eureka Moment With a G.M. Flaw