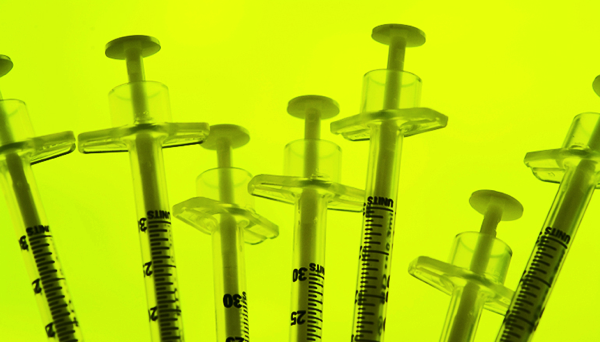 Futurity has the story on the latest development in artificial organs- using math!

A mathematical model can predict with more than 90 percent accuracy the blood glucose levels of individuals with type 1 diabetes up to 30 minutes before a change in levels.

“Many people with type 1 diabetes use continuous glucose monitors, which examine the fluid underneath the skin,” says Peter Molenaar, a professor of human development and family studies and of psychology at Penn State…

“In the past decade, much progress has been made in the development of a mechanical ‘artificial pancreas,’ which would be a wearable or implantable automated insulin-delivery system consisting of a continuous glucose monitor, an insulin pump, and a control algorithm closing the loop between glucose sensing and insulin delivery,” he says.

“But creating an artificial pancreas that delivers the right amount of insulin at the right times has been a challenge because it is difficult to create a control algorithm that can handle the variability among individuals. Our new model is able to capture this variability. It predicts the blood glucose levels of individuals based on insulin dose and meal intake.”

The researchers created a time-varying model estimated by the extended Kalman filtering technique. This model accounts for time-varying changes in glucose kinetics due to insulin and meal intake.

The team tested the accuracy of its model using an FDA-approved UVa/Padova simulator with 30 virtual patients and five living patients with type 1 diabetes. The results appeared online in the Journal of Diabetes Science and Technology.

“We learned that the dynamic dependencies of blood glucose on insulin dose and meal intake vary substantially in time within each patient and between patients,” says Qian Wang, professor of mechanical engineering.

“The high prediction fidelity of our model over 30-minute intervals allows for the execution of optimal control of fast-acting insulin dose in real time because the initiation of insulin action has a delay of less than 30 minutes. Our approach outperforms standard approaches because all our model parameters are estimated in real time. Our model’s configuration of recursive estimator and optimal controller will constitute an effective artificial pancreas.”