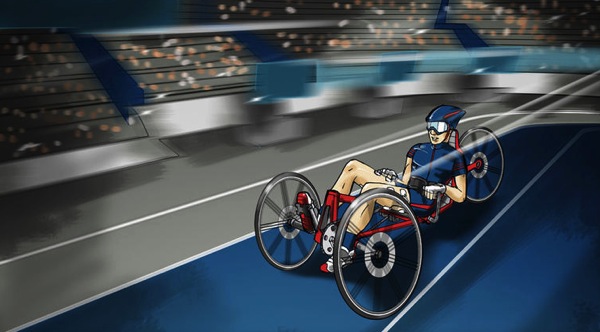 CNET has the story on the latest iteration of the Olympics- The Cybathlon which is the first Olympics for augmented humans.

In October 2016, a few months after the Summer Olympics in Rio de Janeiro, cyborgs will descend upon Zurich for an Olympics of their own.

They’ll be competing in the Cybathlon, the first championship games for robot-assisted parathletes. The games will feature some of the most advanced prosthetics, exoskeletons, wheelchairs, and brain computer interfaces around to test athletes’ speed, dexterity, and concentration and showcase the potential of today’s — and tomorrow’s — assistive devices.

In one event, for example, athletes who have lost function in their legs will navigate a race course wearing a powered robotic exoskeleton along the lines of a ReWalk or Rex. They will walk up and down a ramp, step on pillars of varying heights, and walk a narrow beam. At certain points along the course, they will carry a weight…

Similarly, in the arms prosthetics race, athletes with forearm or upper-arm amputations will be fitted with actuated prosthetic devices and charged with speedily completing tasks on hand-arm courses, including one that requires following a metal wire with a conductive wire loop — without touching the wire.

Those paralyzed from the neck down will also have events to choose from. One, the FES bike race, will feature cycles that allow riders to pedal around a circular course with help from Functional Electrical Stimulation devices, which apply small electrical pulses to paralyzed muscles to restore or improve their function…

The main objectives of the novel Olympics, according to the organizers, are to promote the development of advanced assistive systems; improve public awareness of human-focused robotic technologies; and give robot-assisted parathletes a new forum for showing off some superhuman feats.