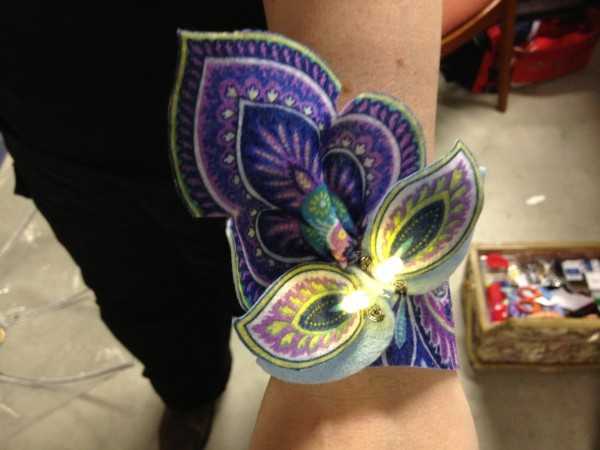 Makers in Canada recently tried their hands at e-textiles at UnLondon’s UnLab. The project of the day was to create an LED cuff using fun fabrics like paisley felt (yes, there is such a thing!) and fake fur. Led by Leslie Birch, makers learned about conductive thread, blinking LEDs and sewable battery holders, using our Beginner LED Sewing Kit. They also were introduced to the idea of microcontrollers like FLORA, for controlling LEDs and sensors for soft circuit projects. The class was a mix of ages and backgrounds, including library sci, sewing, electronics, fashion design, jewelry and even toy making. For some, it was the first time touching electronics, but once LEDs started to glow, everyone was excited. 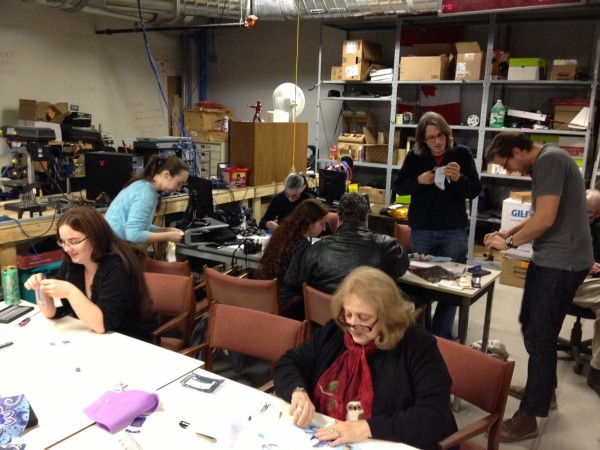 Some were very inspired by the faux fur and created “Ewok” style cuffs. Leslie was excited by the fabric choices because they were fun, but practical for beginners.

Fur, like felt, is a nice choice for this project because it doesn’t fray much. It will shed a bit when first cut, but then it settles. It works best making the stitches on the wrong side, so you can clearly see where things are going. Most beginners in soft circuits don’t want to spend time turning edges under on fabrics like cotton; they want to get straight to the design process and get their electronics up and running. These fabrics are perfect for that, and smiles are pretty instantaneous. 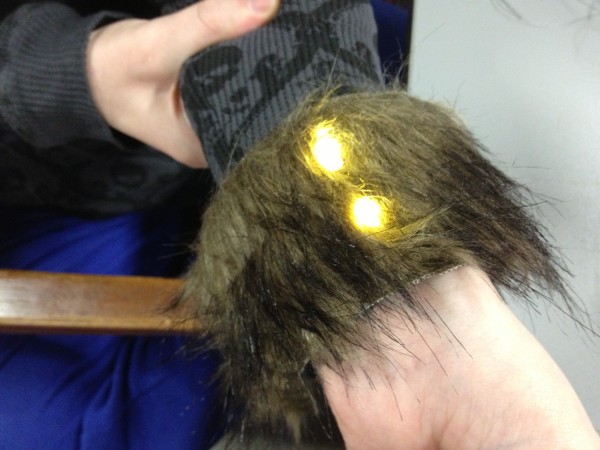 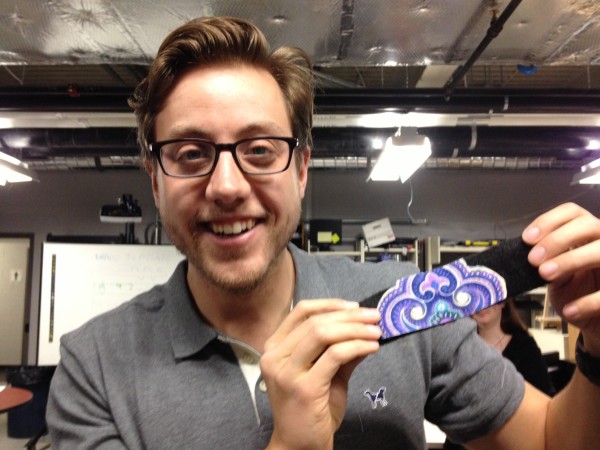 Discussion of snaps, zippers and other fasteners used as switches opened up the door for some participants. One of the more advanced sewers, Sarah, was already inspired to do another project.

I am going to use the second half of the kit to add an LED into an UnLab Hoodie. I am going to applique the logo onto the back with UnLab, and Unlondon.ca underneath it. I am going to use the LED as the “.” in the “.ca” . My plan is to make a switch circuit using snaps, so that the LED is completely removable for washing. I’ll make some sort of pocket at that spot and have the LED push through a stitched hole in the back. Then, once it snaps into place, the LED will come on.

Sarah was also dreaming up ways to use fusible webbing to make iron-on circuits for clothing. She envisioned not having to stitch the conductive thread in place, but merely have it lay on the fabric — pretty creative stuff! 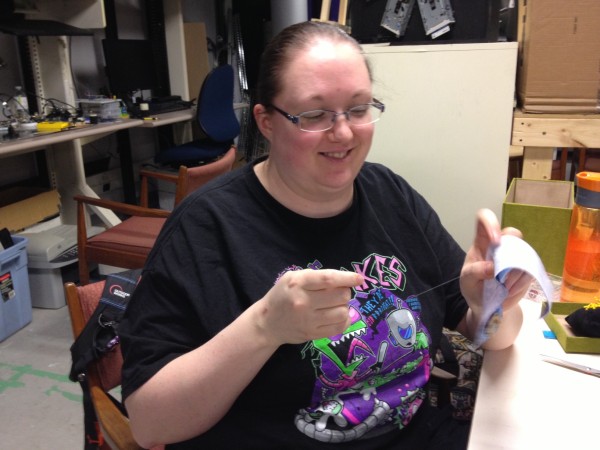 Every class has someone that wants to go rogue, and this one was no exception. One maker, Fred, wanted to have a retro style t-shirt glow. However, t-shirts present special issues according to Leslie.

T-shirt fabric is stretchable, especially when pulling it over your head. The neckline band is ribbed to allow that movement. However, conductive thread doesn’t have this mobility. So, stitches on this fabric tend to pucker and can possibly break. What was cool about Fred, is that he dove right in to create a work-around. He cut the image off of the t-shirt and created a patch to go behind it with the LEDs. With some simple basting stitches he can attach this image and patch to the back of a jacket. There you have it, cool geek wear. 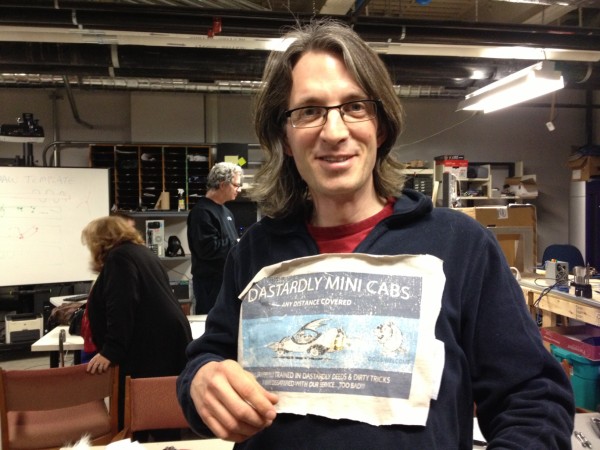 Everyone was encouraged to continue the experimentation and to document their future work. So, we are expecting to see some pretty cool projects in the future for our blog. What about you?  Do these pics have you soft circuit curious yet? Get started with our awesome tutorial for sewing LEDs and stitch your own blinky stuff — like these cool hair bows. 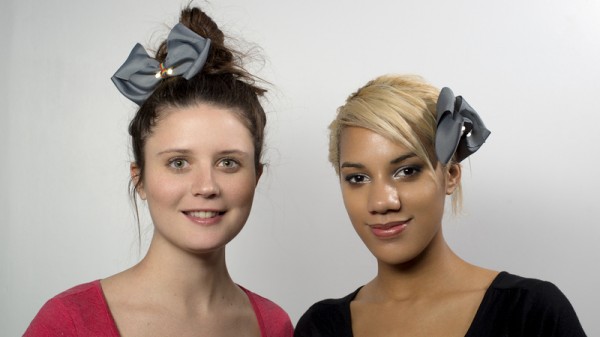 Comments Off on Making Crazy LED Cuffs in Canada #WearableWednesday