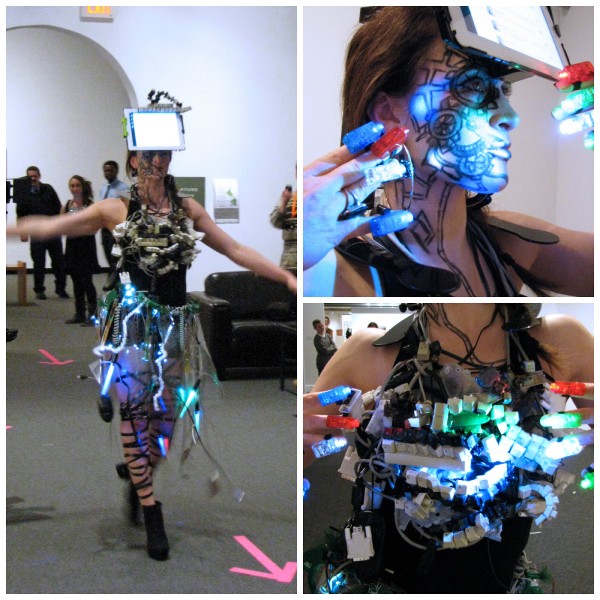 Makers in Canada recently strutted their creative fashions at a show sponsored by Museum London and DHMakerBus. Blogger Shelley Long, posted some great pics and interviews on Forest City Fashionista. The piece above, by Laura Briscoe,  included many computer parts, as well as a screen. Laura was very dedicated to her piece called “Mis Communication”.

It took hours and hours.  The hardest part was prying the keys off the keyboards and then fusing them together with a blowtorch.

More glowing charm was found in the LED creations by Bernie Rohde and K La Luna. Their mini sculptures were voice activated. 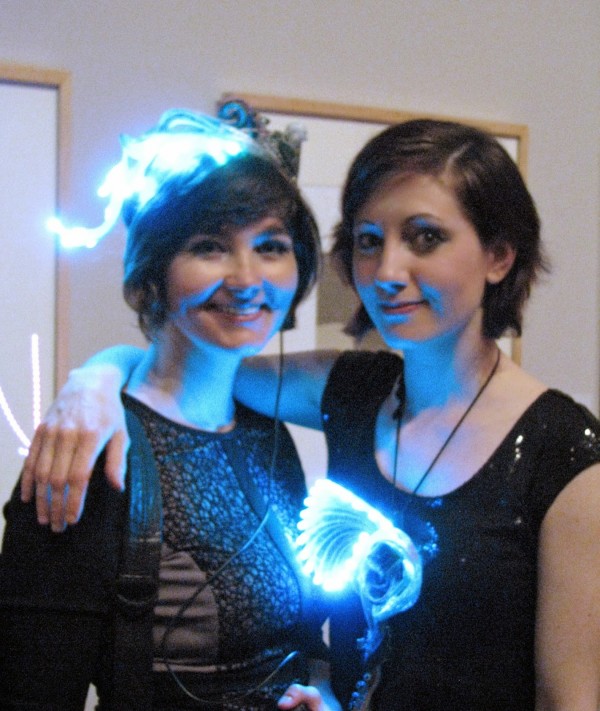 One piece that got some chuckles was the LED kilt by Paul Graham. Forest City Fashionista had a chance to chat with him after the show.

He offered to create customized LED lighting I could attach to the crinoline I was wearing, and I was tempted to take him up on his offer; it would give a new meaning to the the word “flashing”. 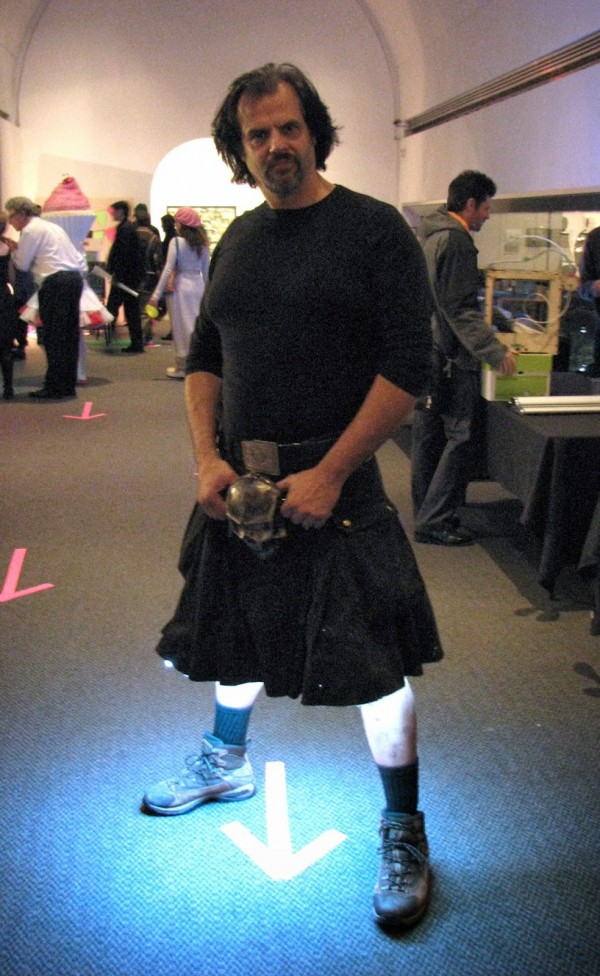 Paula Johns had the most classic and surprising “Celluloid Dress”, which combined with other elements to create an installation piece.

The dress, which is in the style of a 1950’s cocktail dress, is made of approximately 250 feet of 16mm celluloid film and nylon mesh. Battery pack operated LEDs are sewn into the dress’s underskirt to light up sections of film. In the display, John’s film, “Becoming Marilyn” (of which the dress is constructed) follows a large loop through the projector, across the ceiling to feed down into the sewing machine, and then back across to the projector. The film, which depicts the artist making herself up to look like Marilyn Monroe, is projected onto a white wall positioned behind the sewing machine. 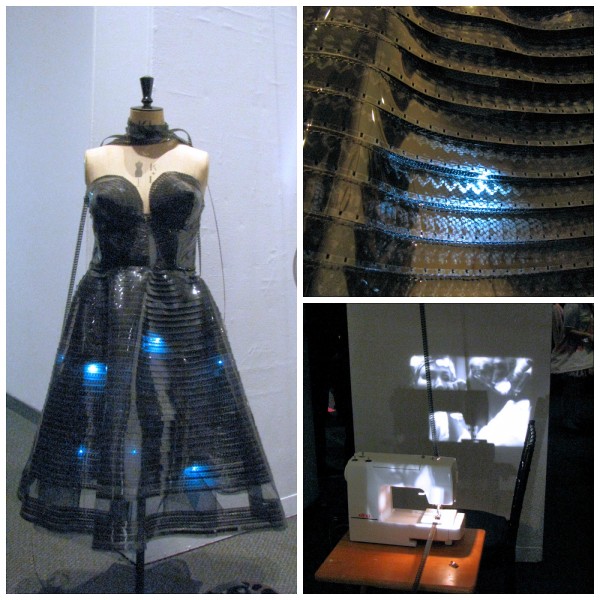 Finally, the FLORAbrella, of Adafruit fame, made an appearance with maker, Leslie Birch. She was clearly excited about the maker movement in London Ontario. 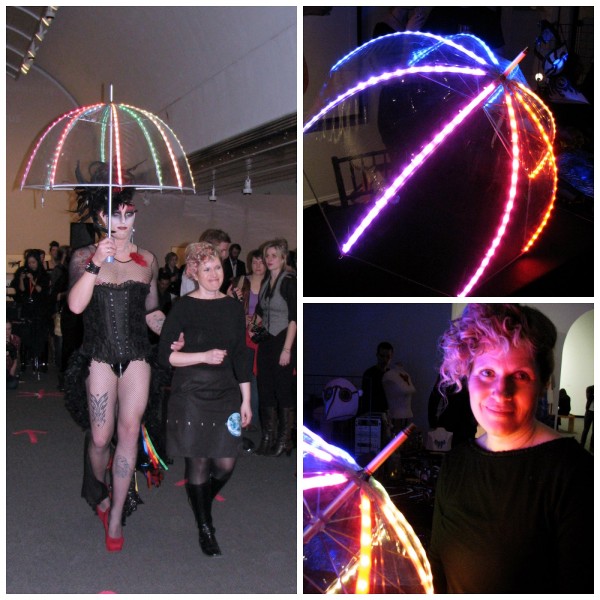 Sometimes the best inspiration comes from what is around you. What kind of materials or spare parts do you have sitting around? People are making dresses out of beer can pull tabs and necklaces out of old Scrabble tiles. Look at everything as a potential wearable and soon you’ll create an original. Then just expect to be featured on our Wearables show. 🙂

Comments Off on Whacked Recycled and Tech Fashion #WearableWednesday