Here is a comprehensive tutorial for How to Turn a 3D Printer or CNC into a Tattoo Robot, on Instructables.

…and boys and girls, please do NOT try this at home! (Make a plotterbot instead!)

…They had this silly idea of making a machine that could automatically create tattoos taken from a bank of images. They learned from le FabShop’s representative that their concept was more than feasible. It could be prototyped by themselves, using the school’s equipment.

In one afternoon, they managed to hack a Desktop 3D printer and enable it to trace on skin, using a pen instead of the extruder. The crowd was amazed and the Minister of culture even came to see the projects, but the young designers didn’t want to stop there. They wanted the machine to make REAL tattoos, on REAL skin, so they kept working on the project during their spare time, with some help from teachers and other students.

They borrowed a manual tattoo-machine from an amateur tattoo artist and found some artificial skin for the first tests. They chose to draw a simple circle. The perfect shape to test the precision of the process. It worked! But now they had to find a volunteer to be their “guiney pig”…
Somehow, they had no difficulty. A lot of people where excited by the idea of being the first human tatooed by a “robot”.

The big difficulty was to repeat the same exercise on a curve surface and on a material that has much more flexibility than silicone. Many tricks were tried to tighten the area around the skin ( a metal ring, elastics, scotch tape…) but the most effective one was a scooter’s inner tube, open on the area to be marked.

To succeed, everything had to be precise and calculated. Here is a step by step on how to transform a 3D printer or CNC into a tattoo machine…. 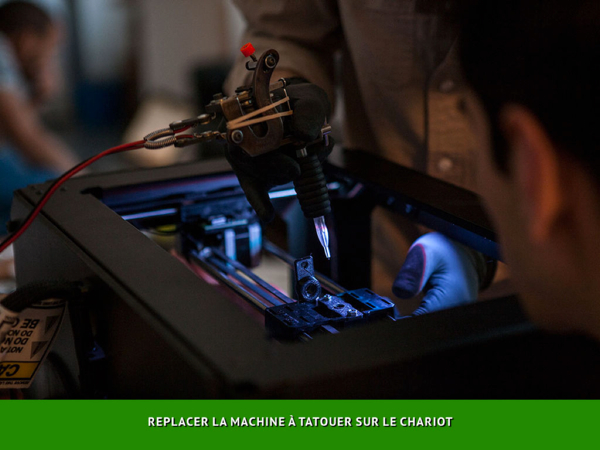 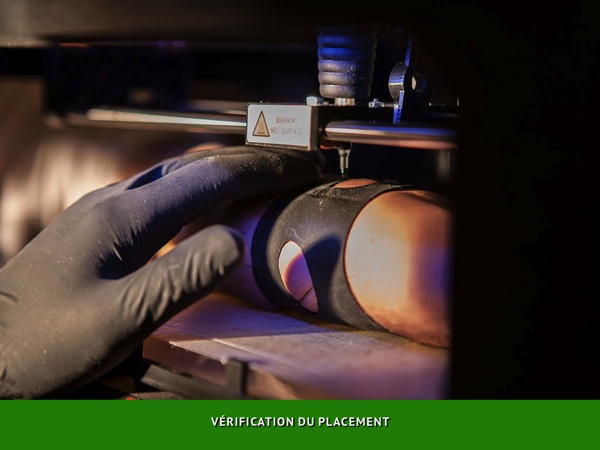 Filed under: 3D printing, cnc —
Tags: 3DPrinter, 3DPrinting, 3DThursday, CNC, do no do this, drawbot, pen plotters, tattoos — by Matt