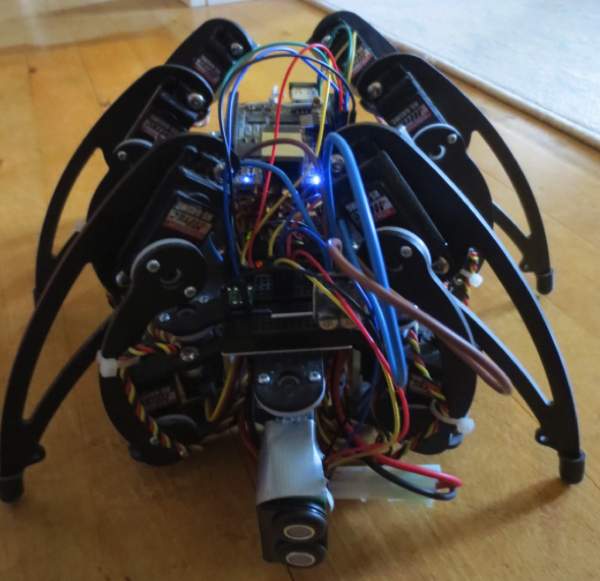 This setup adds a wifi connected Beaglebone Black to the MSR-H01. The BBB communicates with the p.Brain through the 3.3V TTL located on the Bluetooth mount (CN22) on the p.Brain SMB. On the BBB runs a Java program, which sends PIP-commands to the p.Brain and receives sensor information obtained through I2C from the SRF10 back. A SRF10 sonar is constantly measuring the distance to the nearest object in front of the hex. When within 15 cm of an object, forward movement is prohibited.

Through the wifi connection (simple socket) of the BBB, it receives information from a Sony Sixaxis controller, which is interpreted by the BBB and converted to PIP directional commands.

Power for the BBB is provided by the LiPo battery pack on the Hex, routed through a DE-SW050 http://www.dimensionengineering.com/products/de-sw050 voltage regulator.