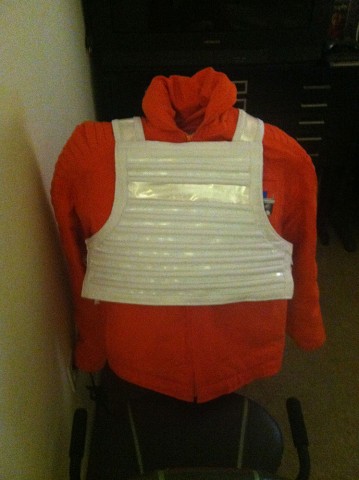 Cosplay doesn’t have to be about full costumes. The concept can be adapted into more everyday purposes. For example, Replica Props Forum (RPF) user SilentNumsy, a.k.a. Charlie McNeil, made a motorcycle jacket that looks like a Star Wars X-wing pilot’s flight jacket. He spent about two weeks on the project and designed the wearable to include elements from a MA-1 bomber jacket, a Carhartt jacket, and the X-wing flight jacket. X-wing pilot outfits are conveniently bright orange – perfect for visibility. 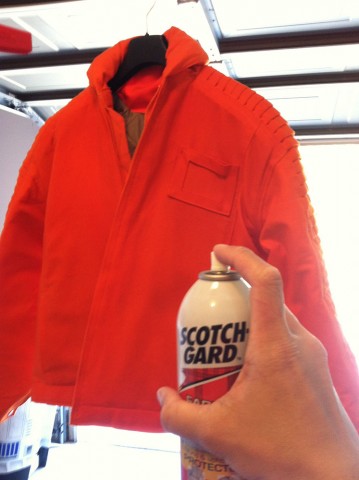 McNeil studied reference photos and made patterns on tracing paper based on his size 40 Carhartt jacket and pictures of Luke Skywalker wearing the X-wing flight jacket in The Empire Strikes Back. McNeil explains some of the steps:

I first made a prototype out of some light weight white fabric I had on hand. This took me about a week during Thanksgiving time.

Skipping ahead to heavy weight canvas fabric for outer layer with layers of felt quilted together with a soft inner lining. I want my jacket to keep me warm.

He left plenty of room so he could reach his motorcycles’ handlebars comfortably and built in several pockets. He used Scotchgard on the outside of the jacket to protect the fabric from moisture and bugs. 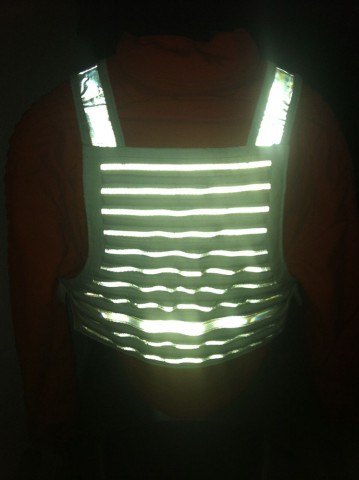 Finally, he added his own take on the white vest to the jacket. He increased visibility by adding reflective tape to that part of the design.

See more pictures at The RPF.