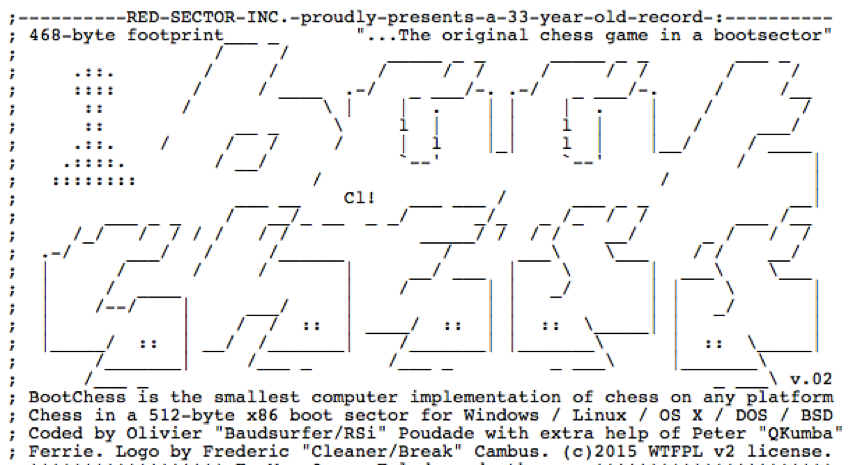 BootChess is only 487 bytes in size, and the code can be run on Windows, Mac OS X and Linux computers.

That makes it smaller than 1K ZX Chess – a Sinclair ZX81 computer game, which contained 672 bytes of code and had held the record for 33 years.

The new title’s creator told the BBC that the challenge had seemed impossible at first.

Olivier Poudade added that he hoped his achievement would now inspire other programmers to get involved in the “sizecoding” scene.

“[It] demonstrates why assembly language is still the language of choice to excel [at] in programming,” he said.

“[And it] reminds others that optimising in computer programming is not only about speed, but also about size.”

Comments Off on Coder Creates the Smallest Game of Chess