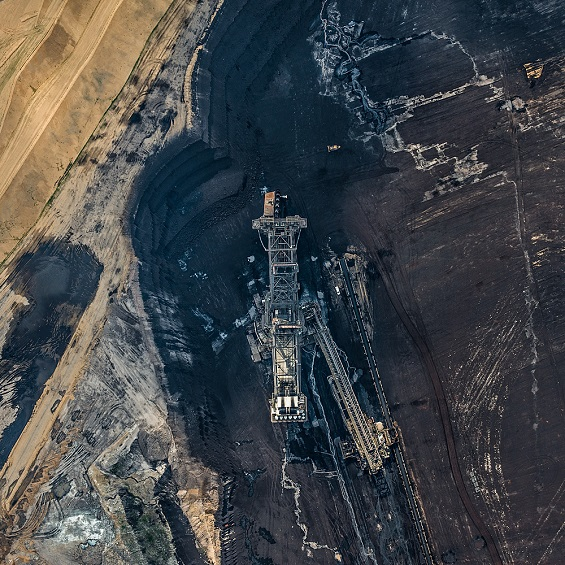 Photographer Bernhard Lang captures an aerial view of the Opencast Coal Mining Pit in Germany, which is one of the largest man-made holes in the world. At nearly 1,500 feet deep and covering almost 22 square miles, everything is at a giant scale. Massive machinery, the size of a 30-storey office buildings, scoops out coal, sand, and dirt to mine and move it about.

It’s hard to imagine something of these proportions, and through Lang’s sweeping landscape photography, he minimizes its grandiose scale. When looking down rather than upwards, it’s hard to get a sense of just how big these things really are. At times, they look like patterns of ant farms rather than the handiwork of humans. Perhaps it’s part of the point to say that these hulking machines and sprawling cleared paths aren’t as important as we’re lead to believe.

The real visual impact of these photos comes from their abstract qualities: the different colors of dirt that have been piled next to one another; the lines that are made by machines as they drive down the road; and the hills and valleys themselves. Through Lang’s careful framing, he’s captured their unintentional beauty. 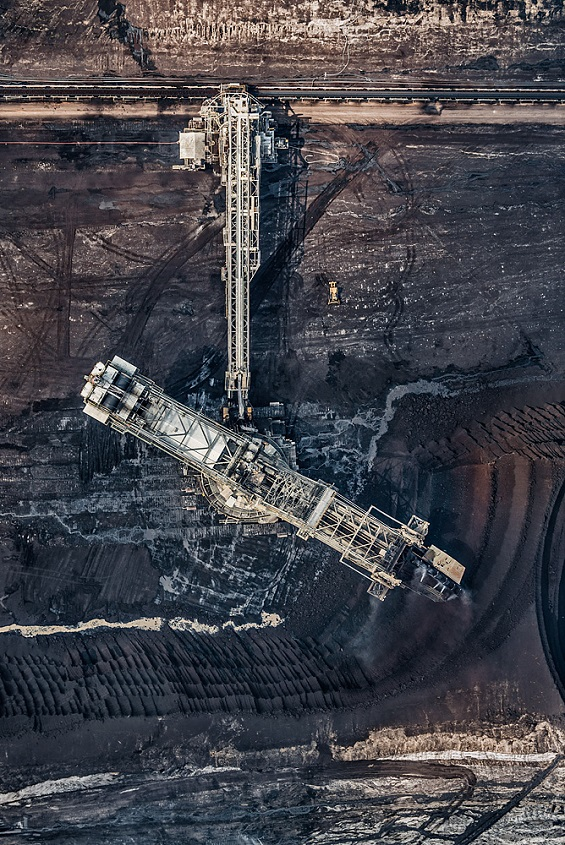 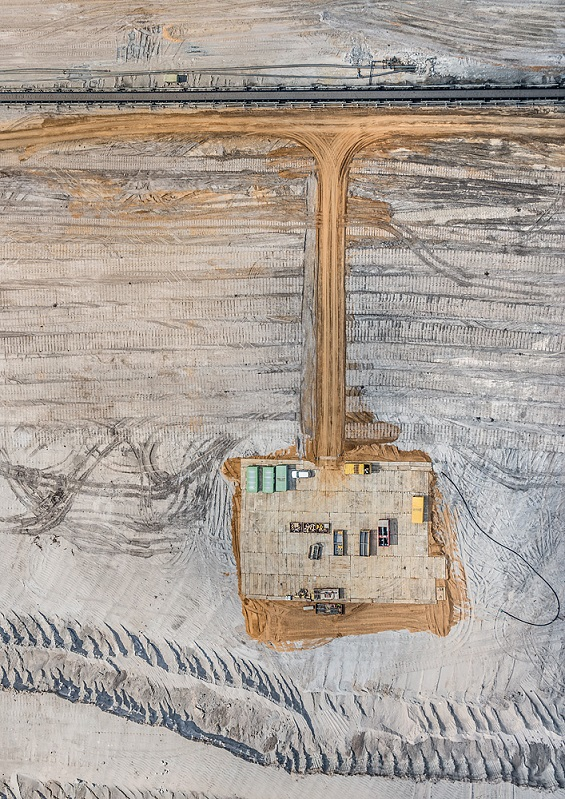