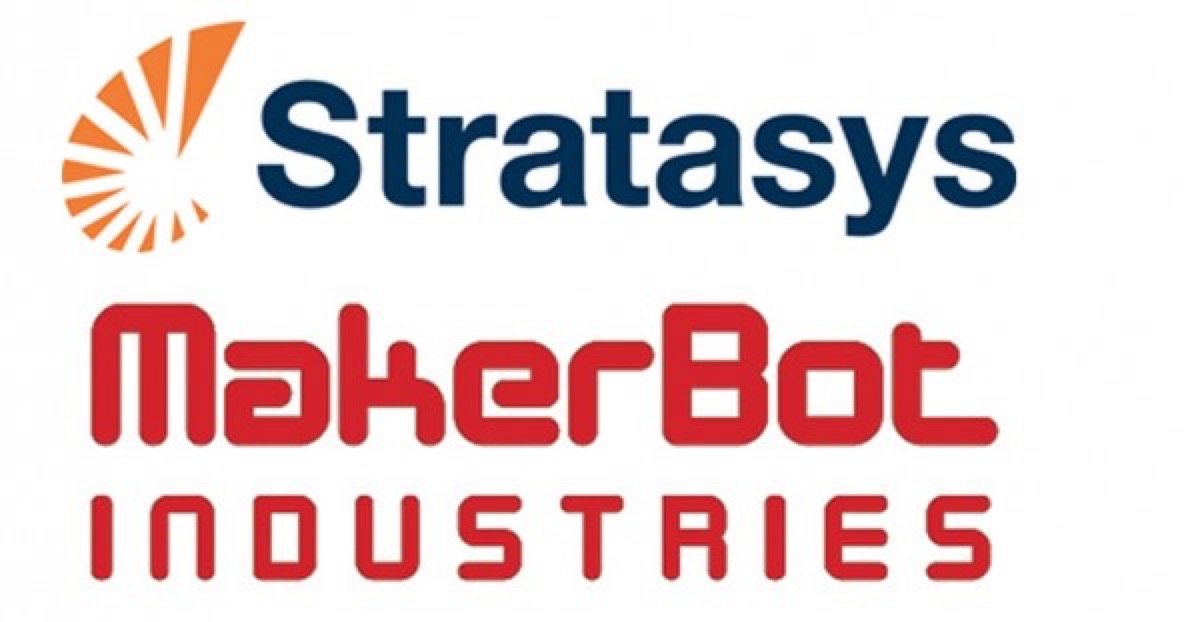 3D printing bulls like to say the industry is the future of manufacturing, aerospace and even orthodontics, but for one three-dimensional printing company, the immediate future looks a little grim: the Minnesota-based Stratasys released preliminary fiscal 2014 earnings results and 2015 guidance after Monday’s closing bell that were significantly below the Wall Street consensus, and the numbers shook investors so much that Stratasys stock opened for Tuesday trading down 29% — and the free-fall only continued from there.

…This is a significantly wider loss than the $31.6-to-$24.4 million loss (that’s a per-share loss between 63 cents and 49 cents) that the company projected in November, and is largely driven by a $100- to $110 million fourth quarter impairment charge related to the company’s MakerBot unit. (Stratasys acquired MakerBot for $400 million in June of 2013; at the time, David Reis, Stratasys’ CEO, praised MakerBot’s “rapid adoption” by designers and engineers and called it the “strongest brand in the desktop 3D printer category.”)

Though Stratasys said that it does not expect the $100 million charge to affect ongoing business, it did acknowledge that MakerBot’s expansion into new markets — through partnerships with the likes of Staples, Home Depot and Sam’s Club — has introduced less predictable sales patterns and reorder rates into the business model.

Ok, maybe that means Staples, Home Depot and Sam’s Club are not where people are going to buy 3D printers? One thing in that statement, we did not know what this term impairment charge meant – “a $100- to $110 million fourth quarter impairment charge related to the company’s MakerBot unit” – so we looked it up.

“Impairment charge” is the new term for writing off worthless goodwill. These charges started making headlines in 2002 as companies adopted new accounting rules and disclosed huge goodwill write-offs (for example, AOL – $54 billion, SBC – $1.8 billion, and McDonald’s – $99 million). While impairment charges have since then gone relatively unnoticed, they will get more attention as the weak economy and faltering stock market force more goodwill charge-offs and increase concerns about corporate balance sheets – Investopedia.

So if we understand this correctly, Stratasys is saying they paid more for the MakerBot “brand” than the actual sales value turned out to be?

At around 1:30 p.m. on Tuesday, Stratasys shares were down some 30 percent, at $56.36. In an emailed statement to Xconomy, MakerBot said “It’s important to note that the 3D printing industry is a dynamic and growing market. MakerBot’s sales have had explosive growth and have expanded by more than 600 percent from 2012 to 2014.”  The company said it has sold more than 80,000 of its desktop 3D printers – Xconomy.

Digging through the numbers, MakerBot revenue… is estimated to represent approximately 12% of preliminary total Stratasys revenue for the fourth quarter. The Q4 revenue for Stratasys is estimated to be $214 million, this means MakerBot is about $25m per quarter for revenue, or maybe about $100m for the year (2014). We’re guessing that MakerBot sold 40,000+ MakerBots, or about 3,000 per month. These are all guesses and estimates, we’re trying to get a sense of the market size for MakerBot and what it would look like if it were still a stand-alone company. What’s puzzling is if our guesses are correct the Stratasys one-time non-cash $100m impairment charge to the goodwill value of MakerBot is the same as the revenue from MakerBot for the year, it sounds like calling a “do-over” – erasing 2014, and then going forward 2015 gets a clean slate. How does one even “determine the fair value of goodwill”?

What does this all mean for 3D printer market? We don’t know, but here’s what we do know – there are more pro-Maker/pro-Hobbyist 3D printers than ever. At Adafruit the top sellers are the open-source Lulzbots, Printrbots, ORION deltas and all the unique and high quality filaments we stock, picked by our experts Noe & Pedro and Ladyada. From our point of view the demand for 3D printers is higher than ever and people looking to spend $399 to $2,200 and more choices than ever – including 100% open-source hardware 3D printers such as the LulzBot TAZ 4. The demand from our customers is only increasing and more companies are entering the market. We’ll continue to post about this and discuss on our shows.