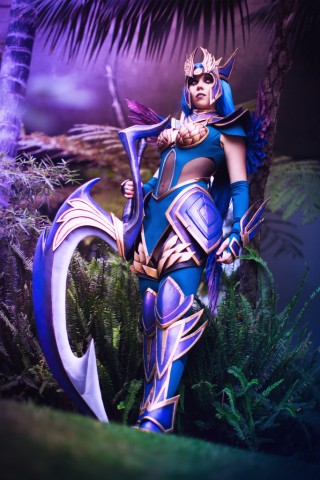 Another day, another League of Legends costume I haven’t seen before. Will I ever stop being floored by the number of characters and skins in this game? No. Maybe one day I’ll even try the game and see them all for myself. Until then, I’ll stick to admiring costumes and Kamui Cosplay’s Dark Valkyrie Diana ensemble is noteworthy. Kamui fell for the bold purple, blue, teal, and gold palette of the costume and loved the overall design. Once she started playing the character in League of Legends, she couldn’t resist making the costume. 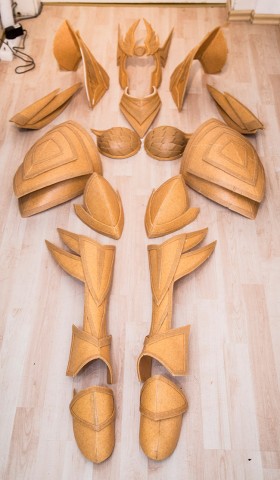 As always, she spent time gathering reference material before diving in. It can be tricky to research video game character costumes because they’re often presented with variations. Costumes change between versions of a game, concept art isn’t an exact match, etc. Because of that, Kamui combined elements from different references.

After Kamui announced that she’d be making the Diana costume, Riot Games (the company behind League of Legends) asked if she would film the process. Kamui documented about five hours of work (the entire costume took about a week) with a GoPro. She often strapped it to her head to get the right angle. Here’s the timelapse video: 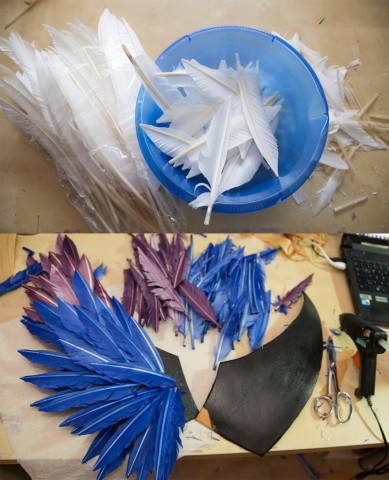 Kamui used Worbla to make the armor and lots of real feathers to craft the wings:

If you also wonder how I made the wings: They are all real goose feathers, dyed with fabric dye, trimmed and glued on a sandwich piece of Worbla.

Learn more about the build at Kamui Cosplay’s blog.

Comments Off on League of Legends Dark Valkyrie Diana Costume