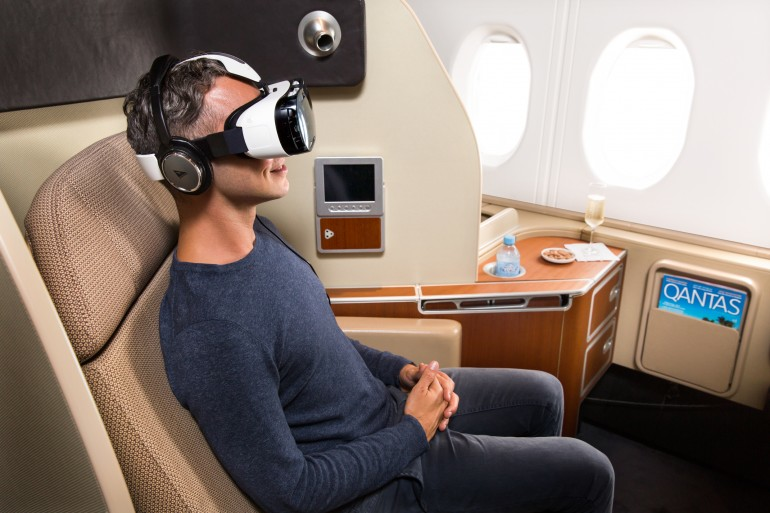 The Samsung Gear VR headsets will be offered to passengers flying from Melbourne to Los Angeles, and from Sydney to Los Angeles. Some will be available in the International First passenger lounges, with others being offered on both the outbound and return flights.

The Gear VR headsets, which are powered by a Galaxy Note 4 that lives inside, and a dedicated Qantas app will contain a range of entertainment options for the lucky passengers to explore. The content available will include blockbuster movies, virtual tours of the destinations to which Qantas flies, and 360-degree panoramic views of Qantas passenger lounges.

The airline claims this will “open up a new world of lounge and inflight entertainment for customers, as well as give Qantas a powerful way to preview destinations and experiences.” Unfortunately, the Gear VR headsets will only be available to first-class passengers, which means those in the cheap seats will have to make do with the perfunctory entertainment options instead.

The trial will run for three months from the middle of March. If, based on customer feedback, it’s deemed to be a success, the two companies hope to proceed in making virtual reality a lingering part of the long-haul flying experience. 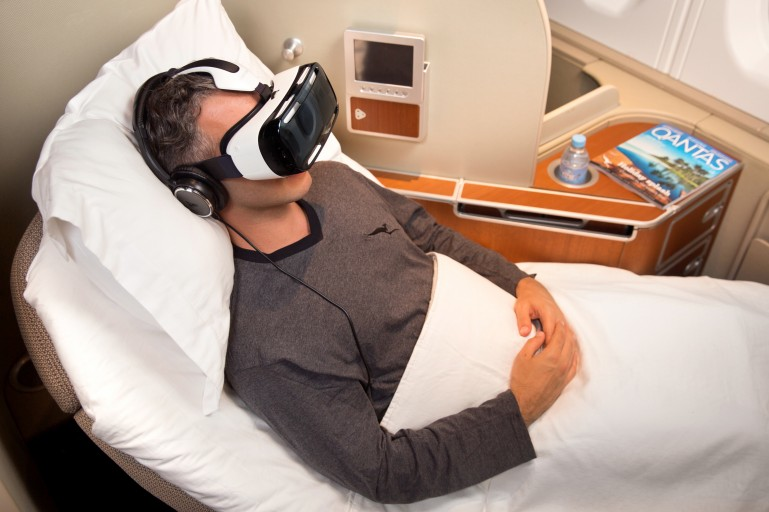