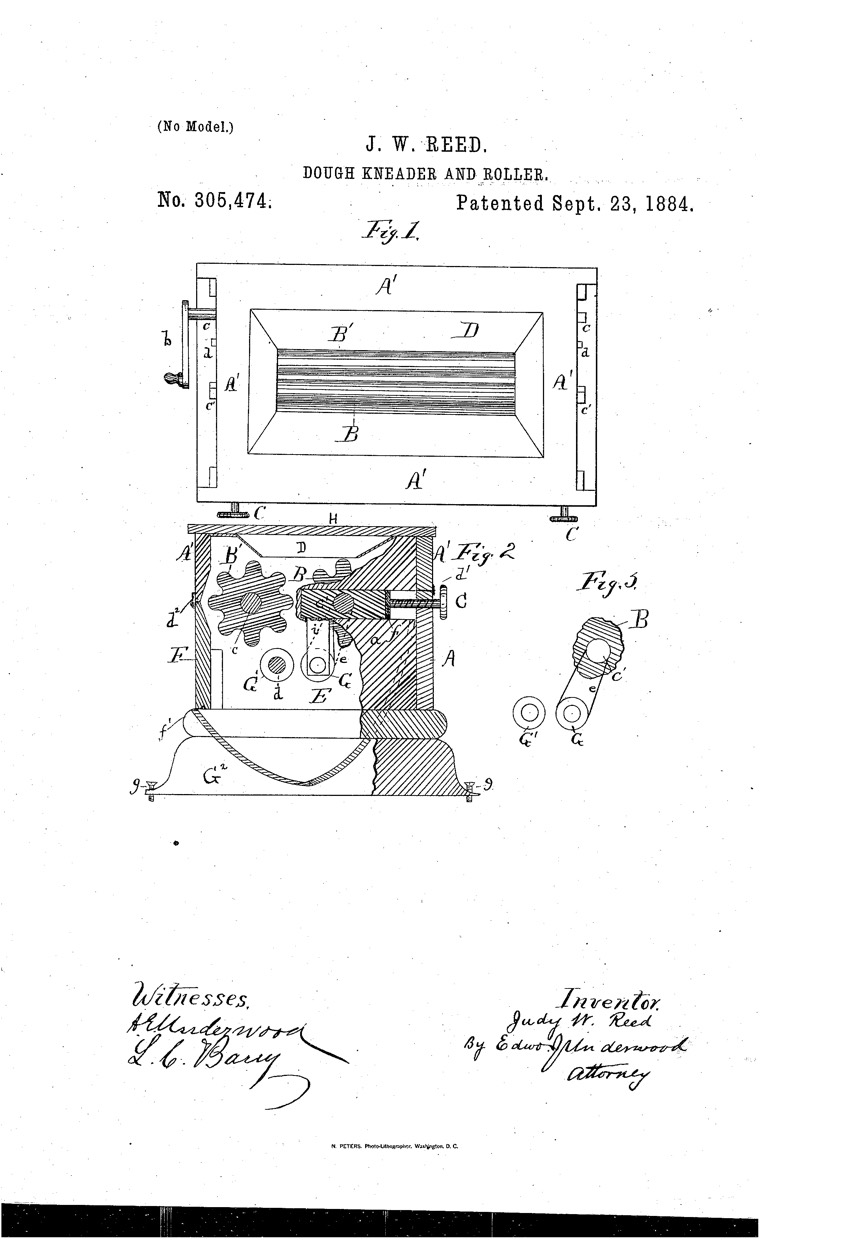 Little is known about Judy W. Reed, considered to be the first African American woman to receive a United States patent. In January of 1884, Reed applied for a patent on her “Dough Kneader and Roller.” The application was for an improved design on existing dough kneaders. Reed’s device allowed the dough to mix more evenly as it progressed through two intermeshed rollers carved with corrugated slats that would act as kneaders. The dough then passed into a covered receptacle to protect the dough from dust and other particles in the air. On September 23, 1884, Reed received Patent No. 305,474 for her invention. There is no record of her life beyond this document. Since women sometimes used their first and/or middle initials when signing documents, often to disguise their gender, and patent applications didn’t require the applicant to indicate his or her race, it is unknown if there are earlier African American women inventors before Reed.