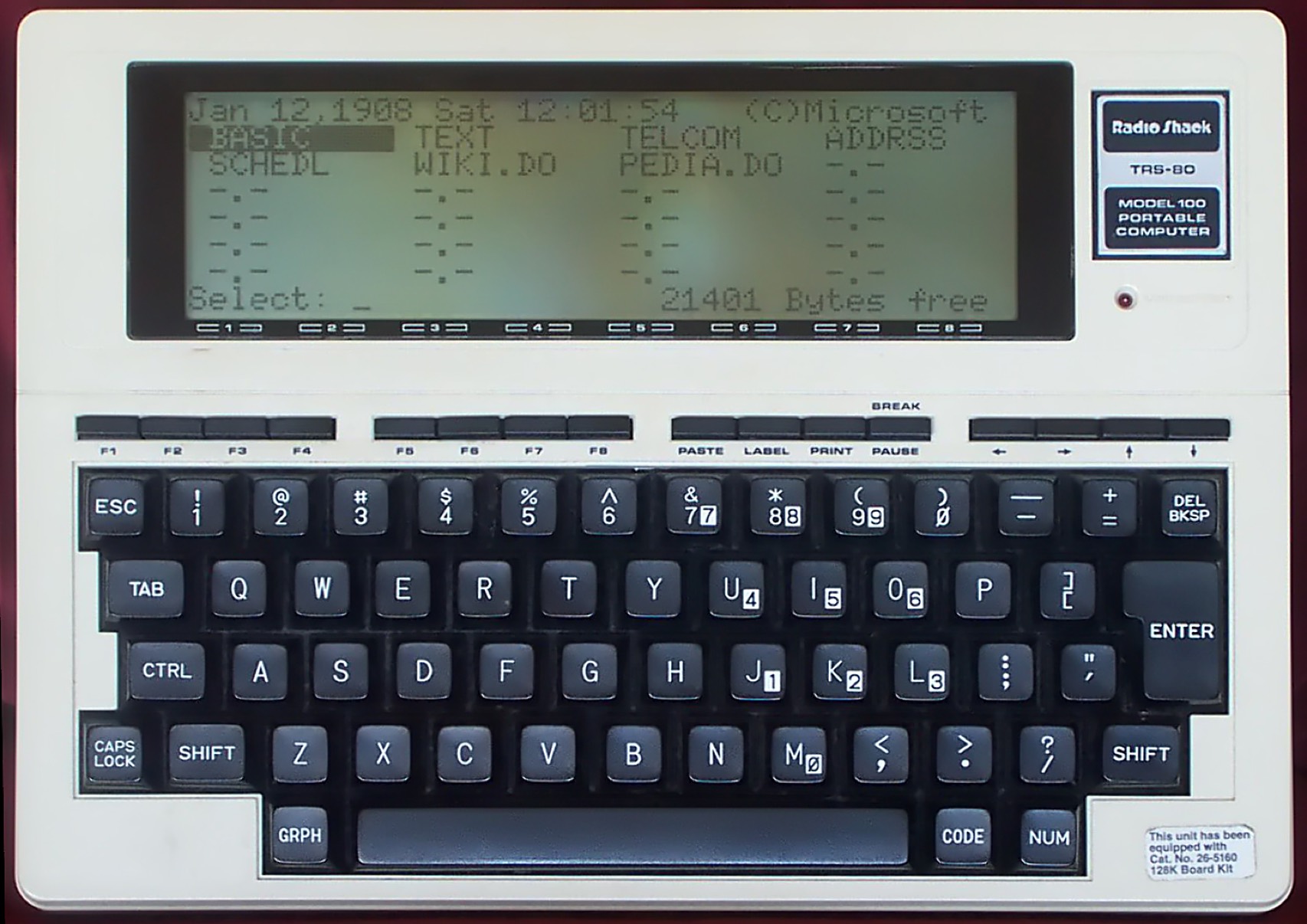 …the world changed in 1983, when the TRS-80 Model 100 portable was released for sale. TRS stood for Tandy Radio Shack … the developer and the outlets where you could buy one.

Everyone called it the “Trash 80.’’ They were so reasonably priced that we could buy them ourselves if the newspaper balked. They weighed 3.1 pounds and could run for hours with four AA batteries.

There was no longer a class structure in the press box. The Portabubbles were gone (except for a few holdouts such as Roe). The Silent Writers were sent crashing to a well-earned graveyard.

There were drawbacks. Only eight short lines of copy were visible. The screen wasn’t backlit; it had a liquid crystal display. If you wound up in a poorly lighted press box, say an auxiliary location at a big baseball game, it was hard even for young eyes to see the screen.

Also, in the first days, you had to carry couplers that would be plugged into the machine. The connection between those couplers and the telephone in sending copy was maybe 80 percent (which beat 50 percent with the TI Silent Writer).

And then a couple of years later, here came the TRS-80 Model 200. It weighed 4.25 pounds, but that extra pound was well worth it: a pop-up screen and display of 16 short lines of copy.

By then, we were using cables to transmit copy to the office computer, and it was a 95 percent success rate. I stuck with the Model 200 as long as possible, until the Internet was fully upon us and the bosses wanted us carrying laptops with more sophistication.

I had three or four Models 200s in my basement for a few years. Occasionally, when my laptop was balking, I would break one out and take it on a road trip.
The Tandy Radio Shack-80 Model 200 was the greatest machine in the history of the press box. I weep for all those Radio Shack outlets that were such friends to sportswriters, where you could get AA batteries in bulk at a good price and new cables when you accidentally left the last set in a press box in Atlanta.

Read more & previous coverage. We’ll be posting up a few things in our “RadioShack Retrospective series.

Comments Off on TRS-80 Model 100, a sportswriter weeps for @radioshack #radioshackretrospective #radioshack